An Indie wrestler’s controversial tweets from his past have resurfaced which has resulted in AEW removing an upcoming match for this Tuesday’s episode of Dark. 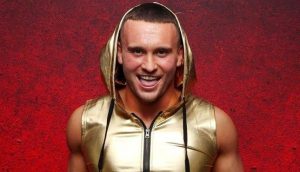 Clutch Adams vs Shawn Spears was set to air on Tuesday night’s show. However, a screen grab of Tweets from Adams in 2013 was shared online with AEW, Cody, Tony Khan and Kenny Omega were all tagged in the tweet. The screen grab contained racist and homophobic remarks that Adams had put online years ago.

The Tweet was seen by Cody who replied “His match has been removed” we have not put the image of the tweet on this page due to the profanity and vile words used by Adam online. The tweet and Cody’s response can be seen here.

Adams has worked matched for Ring of Honor and Impact in the past few years. He recently faced QT Marshall in an AEW Dark episode which was taped at the beginning of May. The match aired recently but that was before AEW were aware of the information they received via Twitter.

We do think that people change and mature over time, however with the climate in America right now you can see why AEW have decided to remove the match from this week’s show and cut all ties with Adams. Although the statements were made over seven years ago, its not how Cody and management want their promotion to be seen. Cody’s response and immediate action has been met with a lot praise from fans around the world.