More than two weeks ago, WWE released over 30 stars from their contracts in order to save money during the Coronavirus pandemic. One of those Superstars was three time Tag Team Champion Heath Slater. 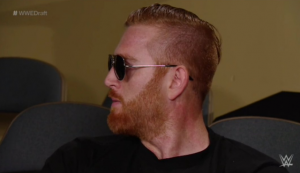 Damn!! NO. Nope on Heath?? I know you are a new business man but that was a bad business decision. @CodyRhodes https://t.co/XpJQGdLqpf

Cody and others at AEW have repeatedly said they are not interested in signing every released WWE star which makes complete sense. They are trying to go head to head with WWE that would be impossible is the picked up every wrestler rejected from another company. The two most recent people they have signed have been Brodie Lee and Matt Hardy, who have been appearing regularly on Dynamite since.

It is currently unclear what Slater will do next. In a reaction video following his release, he mentioned he was hungry again after being burnt out in WWE. Slater must wait out his 90-day no-compete clause before moving on. When this is over there will undoubtedly be a promotion somewhere looking to sign the One Man Rock Band once this pandemic has passed.