Dustin Rhodes has put in some amazing performances in his career and even more so since moving to All Elite Wrestling. He has not let his age hold him back, in fact the match with his brother Cody in 2019’s Double or Nothing has been referred to as one of the greatest of all time. Fans were massively impressed by Dustin’s performance. 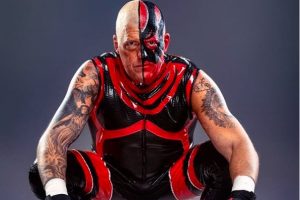 With the quality and quantity of performances Dustin has put out for fans, he now wants to use his experience to give back to the Wrestling Universe. He recently revealed on Twitter that the initial stages of opening his very own wrestling school are now underway.

My Wrestling school is in it's planning stages. Always dreamed of having one. Gonna make that a reality. Can't wait. #RhodesWrestling
Stay tuned pic.twitter.com/jgZxrFR6u3

With his amazing wrestling characters, his promos and his in-ring abilities, there are probably very few wrestlers out there that would be better to learn from than Dustin Rhodes.

At the moment there are very few details about the wrestling school or when he plans to open it up. The impact that it will have on AEW will be massively beneficial to the promotion. With Cody being the Executive Vice President of the company, we are sure that he would get first pick of Dustin’s best students once they are ready.

It would be an important step in the right direction for Dustin to have this school, but it will also help AEW progress to the next level. It would be great to have the cameras in from this early stage catching every moment of the schools progression, it would make a fascinating documentary. Good luck to Him.