Current Woman’s Tag Team Champion and Multiple time WWE Women’s champion Alexa Bliss has came out to speak about how she is coping during the Global Health crisis along with how she copes with mental illness. 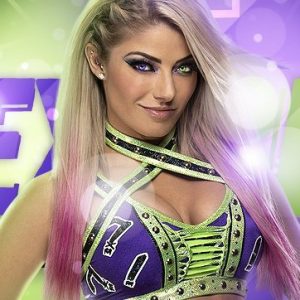 In an interview with Sports Illustrated Bliss discussed what she thinks about recording live shows during the Coronavirus Pandemic. She said:

“If we can help people escape reality for a couple minutes, then it’s worth it. It’s a very unfortunate situation going on right now in the world, so I’m trying to stay positive. WWE is taking all the precautions to make sure everyone at our shows is safe. For me, it’s also nice that I can spend time at home with my family and my animals. That’s my positive way of looking at it.”

WWE have recently been named as an ‘Essential Business’ which means Monday Night RAW, NXT and Friday night Smackdown are being shown Live from the Performance Centre instead of being pre-recorded.

Speaking with Sports Illustrated ahead of the upcoming Fight Like a Girl series, Bliss commented on her history with mental illness, saying:

“I take it day-by-day. Dealing with eating disorders, anxiety, and depression, I’m no stranger to mental illness. Every few years, I deal with a really bad spell of depression. You have to know it doesn’t have to overtake your life.

“Mental illness can dictate someone’s entire life. I put myself in a position to be in the public eye, but I’m doing what I love. I’ve gone to therapy, I’ve done everything I can do to get my brain in a healthy place.

“There are some things I still do—I still wear my t-shirt when I wrestle. One, it’s to promote merch because I think it’s cute, and two, because I’m always going to be that self-conscious person. But I don’t let it dictate my life like I used to.”

Bliss has always been honest and outspoken about her mental health struggles. We think its great when someone so high profile is frank about their own mental health, it shows people that everyone can struggle with this and the best way to get help is being honest and asking for it which has clearly helped Bliss. Read the whole interview at Sports Illustrator.