Today has been busy when it comes to the WWE Hall of Fame as another former wrestler has been announced for the Class of 2020. The newest addition to the Class of 2020 is none other than Film Star and walking meme Dave Bautista! 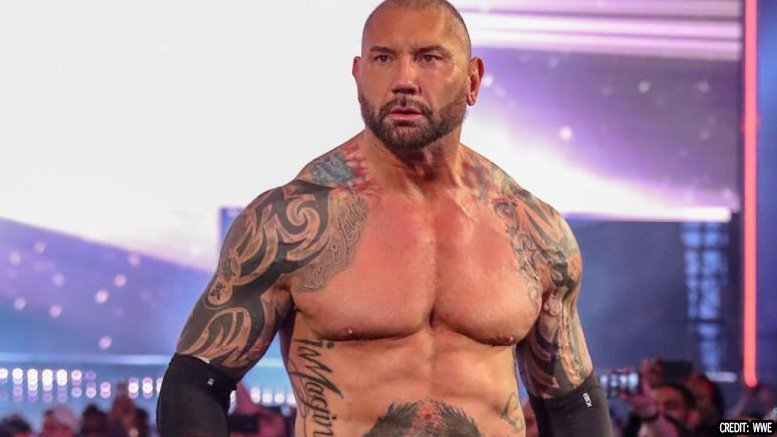 Batista debuted in WWE in 2002 but what most people forget is his original role. When he made it to TV he was billed as Deacon Batista and would mainly accompany Reverend D-Von to the ring. After this gimmick ended (thankfully) he would go on to join the stable Evolution alongside Triple H, Ric Flair and Randy Orton in early 2002.

Batista would leave Evolution after winning the 2005 Royal Rumble and turn on Triple H to become the World Heavyweight Champion. He would then feud with the likes of Big Show, Undertaker, Randy Orton and John Cena until leaving in 2010.

He would return in 2018 as part of an Evolution reunion planting seeds for what would be his retirement match against Triple H at Wrestlemania 35 where he constantly asked for Hunter to “Give me what I want”. Now Batista has what he wants, a place in the WWE Hall of Fame Class of 2020 and we couldn’t be happier for him.

2 Hall of Fame reveals in one day. Who do you think will be next? Let us know in the comments