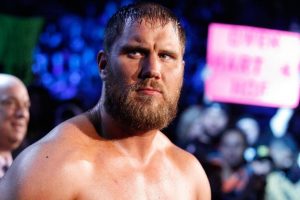 Some breaking news as WWE has just announced via its website the release of former Intercontinental and Tag Team Champion Curtis Axel. He joins the list of over 30 Superstars that have been let go from the company over the past two weeks.

WWE has come to terms on the release of Curtis Axel.

We wish him all the best in his future endeavors

Mr Perfect Curt Hennig’s son Axel signed with WWE in 2007 and made his TV debut under the name Michael McGillicutty as a participant in the second season of NXT.

After a run as a member of the Nexus and then a return to developmental, he was rebranded as Curtis Axel in 2013 and put on RAW with Paul Heyman, picking up wins over Triple H and John Cena, albeit not particularly clean ones.

He went on to become Intercontinental Champion, but after that never really got back to near the top of the card, floundering in the undercard for years, but eventually winning the Raw Tag Team Championship with Bo Dallas as the B-Team in 2018.

We recently reported that WWE stars were being allowed to leave if they requested but it has not yet been confirmed if this was Axel’s decision.

Like all of the recently released WWE stars we wish Cutis all the best in the future.