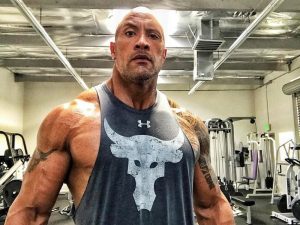 A few months ago, The Rock said that he was ‘quietly retired’ from the WWE and wrestling in general

Dwayne ‘The Rock’ Johnstone held another one of his live Q&A sessions on Instagram and said that he would be open to taking on Roman Reigns if the opportunity was to arise.

Dwayne Johnson said it's possible for The Rock and Roman Reigns to have a match. pic.twitter.com/MmOpGRFC41

The Rock had this to say  via Wrestling Inc:

“I think anything is possible,”

“Sure, of course, I’m always open. That’s the cool thing about professional wrestling: There is an adaptability to wrestling. You never say never in the world of pro wrestling.’’

“You never say never to Vince McMahon, who has been one of my mentors in the business for a very long time. Very, very close friend and confidant. You never say ‘no.’ For something like that to happen, I think the venue would have to be right. The business model would have [to] be right. But I’m very close with Roman—he’s family to me, so we will see.”

So how could this work out? The ‘right venue?’ possibly Wrestlemainia? The ‘right business model’? most likely millions upon millions of dollars for one match.

WWE are on track to be a billion dollar company this year so surely for a glamour match like this they could dig deep to get the legend back. Edge got paid $3m for his appearances this year and with Goldberg rumoured to get $4m per match we are sure The Rock could name his price.

Due to The Rock being the highest paid actor on the planet his starting price would most likely be the highest pay-out ever for a single match. But the question is, would Roman Reigns be the best opponent for him? 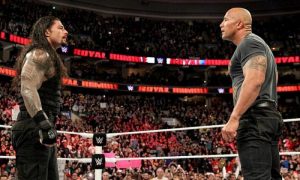 This is all what ifs and maybes, but you never know, stranger things have happened in the world of wrestling.