It was only a matter of time before someone would have to drop out of Wrestlemania, first we had Dana Brooke, then Rey Mysterio (despite not being on Wrestlemania) but now we have the biggest name to drop out yet! 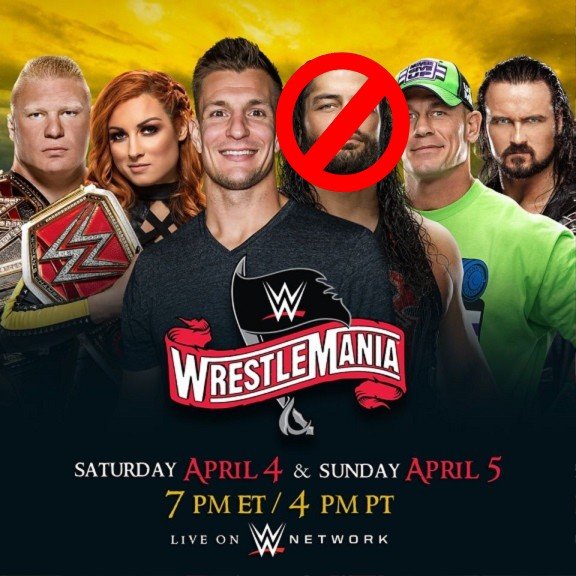 According to Ryan Satin of ProWrestlingSheet.com The Big Dog will no longer be a part of Wrestlemania. This is at the request of Roman Reigns which was granted by WWE. The reason for this is due to Romans compromised immune system due to his issues with leukemia. Roman did not wish to risk his health during this pandemic and chose to take up on WWE’s offer from a few weeks ago where any superstar who didn’t want to or couldn’t work would not lose their push once the pandemic is over.

This leaves Goldberg with no known opponent at the moment but sources indicate that Goldberg will have a new opponent for Wrestlemania.