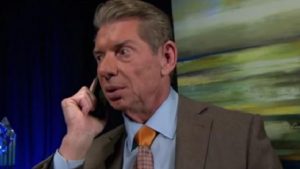 WWE have released the following statement in relation to upcoming cuts due to the Coronavirus. The points were all mentioned in a conversation Vince McMahon had with his staff today.

STAMFORD, Conn., April 15, 2020 – WWE (NYSE: WWE) today provided an update on measures taken by the Company in response to the current impact of COVID-19 on the organization.

Due to COVID-19 and current government mandated impacts on WWE and the media business generally, the Company went through an extensive evaluation of its operations over the past several weeks. This analysis resulted in the implementation of various short-term cost reductions and cash flow improvement actions including:

The Company’s reductions of employee compensation and headcount result in an estimated monthly savings of $4 million along with cash flow improvement of $140 million primarily from the deferral in spending on the Company’s new headquarters. Additionally, the Company has substantial financial resources, both available cash and debt capacity, which currently total approximately $0.5 billion, to manage the challenges ahead. Management continues to believe the fundamentals of the Company’s business remain strong and that WWE is well positioned to take full advantage of the changing media landscape and increasing value of live sports rights over the longer term.

The Company will provide further details when it reports its first quarter 2020 results next Thursday, April 23 after the close of the market.

This doesn’t come as much of a shock after the week Vince McMahon has had. He had to file his football venture XFL as bankrupt. He had his worst ratings of the year for this weeks episode of RAW for which he is facing a backlash of criticism for changing back to Live shows.

Will background staff and WWE Superstars be happy putting themselves at risk of Covid-19 for less money?

Which Superstars will be the first to be released. Stick with us to find out.