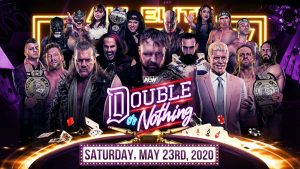 All Elite wrestling have given an update on the Double or Nothing – AEW’s next big pay per view. The live event was scheduled to take place in the MGM Grand Hotel in Las Vegas, Nevada. 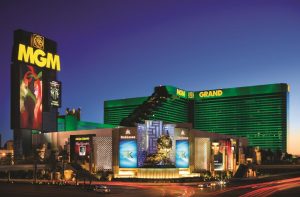 Due to the Coronavirus Pandemic, AEW have had to cancel the All or Nothing event and ticket holders will be given a full refund or exchange. The event will still air on Pay-Per-View most likely from the same arena that the recent set of Dynamite episodes have been recorded.

At the moment no matches have been lined up for the event. it is all a bit unknown at the moment due to recent circumstances. All of AEW’s Dynamite shows have been pre-recorded right up until the week before the All or Nothing event. it is expected though that the final of the TNT Championship Tournament will take place. Nyla Rose, Kenny Omega and Hangman Page and Jon Moxley will all want to defend their respective championships, but against who is still to be determined.

All Elite Wrestling has already committed to MGM Grand that they will return next year for the same fixture to which current ticket holders would get first refusal on.

AEW have tried to keep fans as up to date on the situation as possible through Twitter:

UPDATE ON DOUBLE OR NOTHING

AEW’s DOUBLE OR NOTHING event will be televised on pay-per-view as scheduled on Saturday, May 23, at 8 p.m. ET (5 p.m. PT). Additional details related to DOUBLE OR NOTHING, which was initially scheduled to be held at the MGM Grand Garden Arena in pic.twitter.com/WBBwDj8tbv

Network and B/R Live. International fans can purchase the event at https://t.co/XoTR4oafKw.

The DOUBLE OR NOTHING live event originally scheduled May 23, 2020, has been rescheduled for the MGM Grand Garden Arena on Saturday, May 29, 2021.

The AEW DYNAMITE show originally scheduled for Wednesday, May 27, 2020, in Las Vegas has been canceled. Fans who have already purchased tickets to the DYNAMITE show will be issued a full refund within 30 days by their financial institution.

and sends thanks around the world to healthcare and other frontline workers who are answering the call to protect and serve their communities.