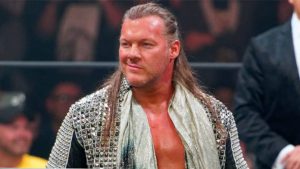 A ‘Mount Rushmore’ for anyone unaware of the concept is your top four of anything, so in this case Jericho discussed hid top four wrestling influences of all time.

In his Online show he had this to say:

“That’s hard, four, that’s for Mount Rushmore right? Like I said earlier, Owen Hart, Shawn Michaels, and Ricky Steamboat are the biggest influences of mine. Now that I’ve been in the business for almost 30 years (in October). For me, this is my personal Mount Rushmore.

“It’s my Mount Rushmore, I can do whatever I want. All right, you want it, you got it. Shawn Michaels, Bret Hart, Hulk Hogan, Ultimo Dragon (Yoshihiro Asai). One of the greatest wrestlers I have ever seen in my life. One of the greatest performers I ever worked with. That’s my four. Deal with it.”

Three of these names pop up on quite a few wrestling Rushmores, Michaels, Hart and Hogan are all classic Legends, Ultimo Dragon is a bit out there but as Jericho said, its all subjective and personally to him he must have had an impact. He said Dragon was one of the best wrestlers he saw and worked with so who are we to disagree?

Who would be on your Mount Rushmore of Wrestlers?