Rumours had been spreading all day yesterday that Becky Lynch would be making a huge announcement on RAW.

Becky came out in the very first section of the show to say that she was going away for a while and it was a bittersweet moment. She also said that she had been given the power to raise the stakes on this weekends Money in the Bank match.

Lynch had a hold of Asuka’s briefcase that she won the previous night, she was very confused as to why Becky had it.

Becky opened up the briefcase and inside was the Raw Women’s championship which now belonged to Asuka. Asuka danced around the ring extremely happy. Becky told Asuka to enjoy being champion while she herself had to go enjoy being a mother.

Among the celebrations and congratulations towards Becky, at no point was there any mention of the assumed father Seth Rollins. Instead he was shown in a match and backstage looking confused and angry after seriously attacking Rey Myseterio. 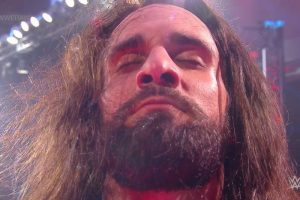 It’s a bit weird that after forcing the relationship between Seth and Becky at every opportunity for a while they don’t even acknowledge the fact they are a couple.

The main story of the pregnancy from the couple got given to people magazine who have confirmed the couple are expecting their first child to be born in December.