A lot has been made regarding the ethics of WWE running shows in Saudi Arabia given the culture of the country.

Whether it be the backwards treatment of women or the uncivilised nature in which they treat people who speak out against oppression it is seen as a money grab by many, some even referring to it as “Blood Money”.

In what could be seen as spectacular incompetence it seems WWE may have to run with a skeleton roster for tonight Smackdown on Fox.

Judging from a tweet from Wrestling observers Dave Meltzer, it seems like the majority of the roster simply won’t be home in time for Smackdown airing live because of travel issues. 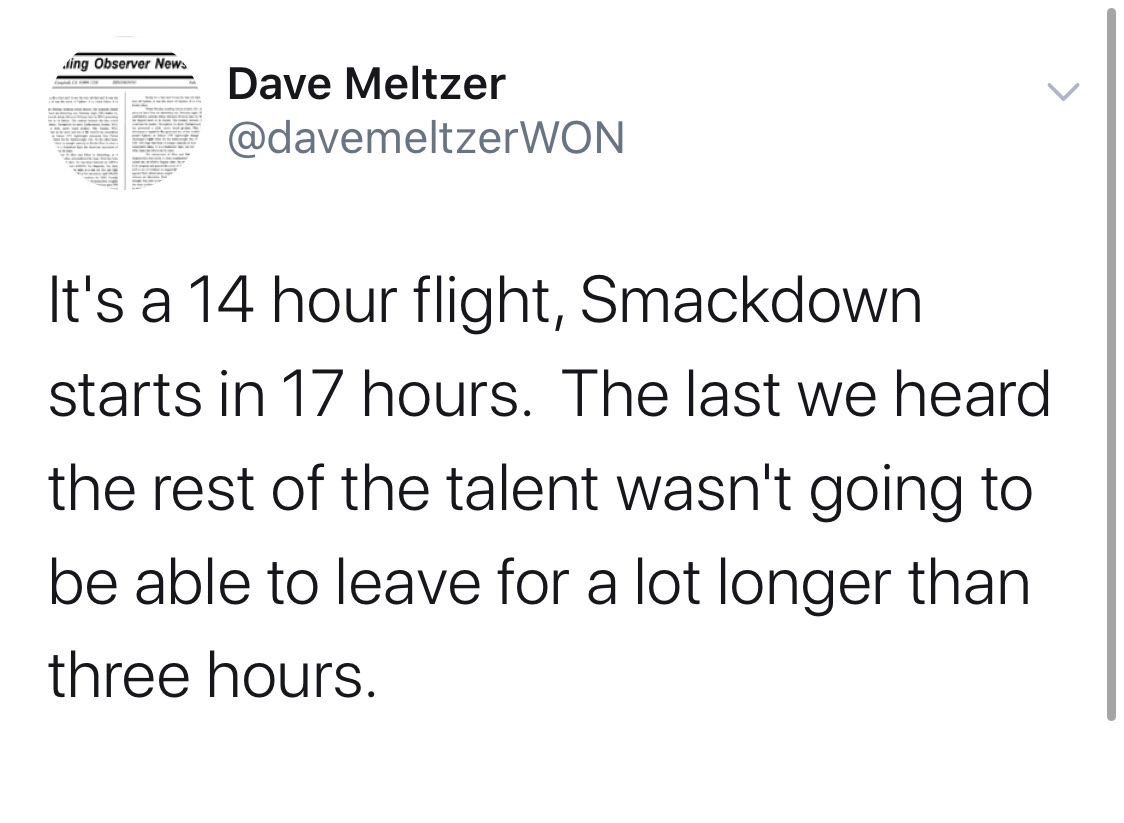 This sort of incompetence almost seems unfathomable from a company so large and yet as of right now a show consisting of Smackdown only wrestlers seems impossible.

Who knows how they will pull this one off but I for one will be sitting with a cold beer watching the madness unfold.

What are your predictions for tonight’s Smackdown on Fox?