Over a month ago we reported on what is now referred to as ‘Black Wednesday’ where we seen over 30 members of WWE staff released from their contracts. Them being fired was a result of Vince McMahon wanting to ensure he still made a profit during the Coronavirus pandemic.

This was an extremely difficult time for all those involved, and it must be very stressful for those who lost their jobs. Thanks to Rusev, Zack Ryder and No Way Jose we have a bit more of an insight as to how they found out the life altering news. 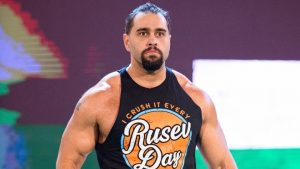 Zack Ryder and No Way Jose added on Twitter that they had to do the same thing. It can be assumed that most of the people who were released had to do something similar.

It makes you think, what would have happened if they did not call them back? They obviously would not still have their jobs, but things might have gone down differently.

Rusev still has no official plans as to what is next in his wrestling career.

We still do not know what Rusev is planning to do next, but he has said that he will talk about his time with WWE when the time is right.