As wrestling fans we crave the days when anything could happen. In the Monday night war era there was no telling who was gonna pop up on our television screens. Whether it be Lex Luger showing up on nitro or Chris Jericho on Monday night RAW we were conditioned to expect the unexpected and it meant ratings that haven’t been matched since.

Now with the emergence of All Elite Wrestling, we can somewhat look for these surprises once again and with the success of Chris Jericho, Jon Moxley (formerly Dean Ambrose) and even Dustin Rhodes who’s career looked all but done before joining the organisation shows that a change of scenery can drastically reignite careers

Now the latest hope is former WWE Superstar Luke Harper will be making his way to All Elite Wrestling. 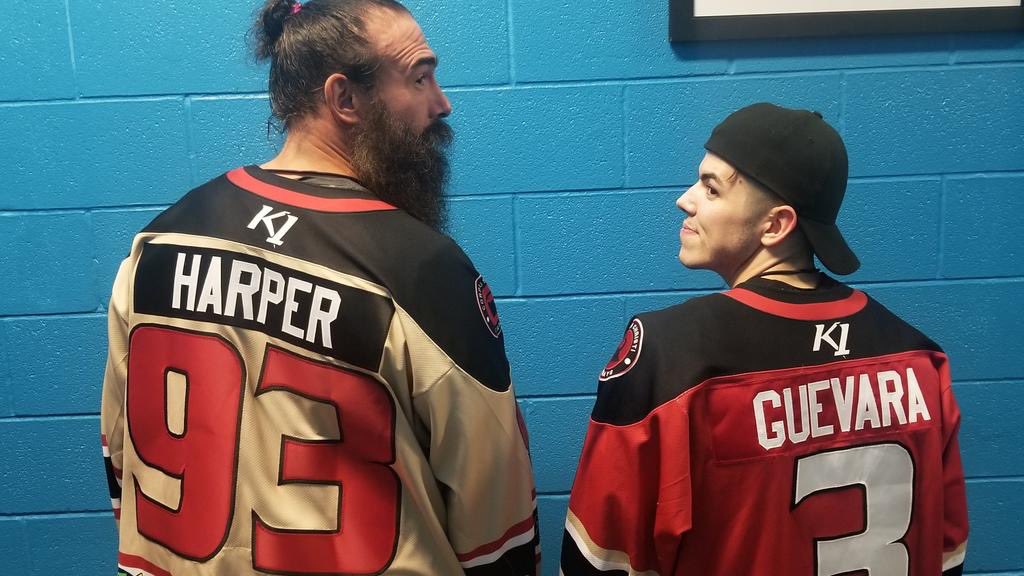 Pictured here with All Elite Wrestlings resident “Spanish God” Sammy Guevara proves that Luke Harper is at least in the running to show up in the promotion, having had his release from WWE earlier this year.

It is well documented that in WWE contracts, there is usually a 90 day non compete clause meaning Luke harper would be available to show up on tv in a matter of weeks. The general consensus amongst the wrestling community is Luke harper has been wildly mismanaged and under utilised in WWE and we for one cant wait to see if he can realise his potential in AEW.

Are you excited at the prospect of Harper in AEW? Let us know!