Within the past few weeks of Friday Night Smackdown we have seen Jeff Hardy’s real-life issues with addiction and substance abuse be mocked by John Morisson, The Miz, Baron Corben and most recently Sheamus.

The segments have not only caused some fans to complain about the lack of thought to Jeff’s real-life problems, we recently reported that they were also under fire from his brother Matt.

It looks like Matt Hardy is not the only wrestler who finds the storyline uncomfortable. Another former WWE star has stated that he is not a fan as to how Jeff Has been treated by the creative team within the company. 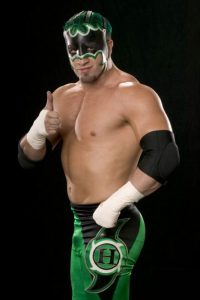 Former WWE star and producer Shane ‘The Hurricane’ Helms revealed that he is not too keen on the storyline that has been played over the past few weeks.

Here is what The Hurricane had to say to Sportskeeda:

If you don’t know about Jeff and any of the problems Jeff has had in the past, like if you were a new fan and you don’t know about it, a storyline like this kind of shines the flashlight on it and I don’t really see the purpose of that. So, not crazy about it, but I love Jeff Hardy, so I got to support him.”

There is speculation that WWE are going to continue the feud between Jeff Hardy and Sheamus. It looks like a Bar Fight will take place between the two at Extreme Rules this Sunday.