Wade Barrett has not wrestled a match since 2016 when he left WWE however his time in the company was a relatively successful time. He won the NXT championship, Intercontinental Championship, and was even crowned King of the Ring. 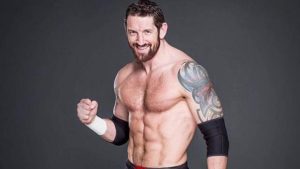 Recently people have been wondering where he could go now, with some mentioning if he could even join All Elite Wrestling. He has now addressed whether he would be up for re-entering the ring.

In an interview with Comic Book Movie, Barrett said he would enjoy wrestling doesn’t have much interest in a full-time schedule. Check out the full quote below:

“Part of my issue is that I’m close to 40 now. I’m 40 in two months, so the prospect of going back and working a full-time professional wrestling schedule isn’t particularly high on my agenda at the moment. That might change. It was very kind of Cody to say that, I’m still very good friends with Cody. We’ve been tight for ten plus years, and he’s done an amazing job with AEW. I am really excited about the explosion in opportunities in the professional wrestling world.

I work for NWA currently as a commentator, and there’s Ring of Honor which a friend of mine Marty Scurll is running the moment, obviously IMPACT has done some great stuff recently and grown from the ashes of where they were years ago, and then there’s all the Japanese stuff, and there’s some good stuff going on in the UK too. The fact is, there’s a ton of opportunities out there now for professional wrestlers which, when I was coming through, weren’t really there. The only game in town realistically was WWE, and it was very, very difficult to see yourself working anywhere outside of that. I think the digital revolution and the opportunity for smaller brands to get big platforms now is fantastic for professional wrestlers and professional wrestling in general.”

As mentioned above, Barrett is currently working in NWA as a commentator. He has not wrestled a match since back in WrestleMania 32. He was part of the League of nations but ultimately lost against the New day. He was then kicked out of the faction and left the company.

Wade Barrett is excited by opportunities but is there a place for him in the AEW roster?