One of the recently released WWE stars have taken to social media to create a count down of days until a potential return date to the ring after being let go by the company. 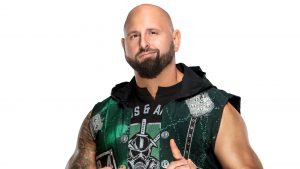 This suggests that Anderson has something planned and has ramped up the speculation as to which company he will move to in order to continue his career.

Some time has passed between him tweeting this and us writing the article, but when we did the math it works out that Anderson is planning to return on or around 18th July.

Anderson has taken to social media on a few occasions since his release and tweeted a trailer teasing a return to New Japan Pro Wrestling where he was a member of the Bullet Club.

His tag partner Doc (Luke) Gallows is in the same boat, and quoted Anderson’s countdown tweet with the hashtags “#TheDevilAintInTheDistance” and “WatchYourSix”.

We can’t wait to see these two talented wrestlers who have entertained us for many years in WWE. We will keep updated as to where they end up over the coming weeks.