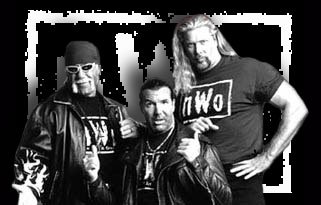 The nWo will be the ones to headline the WWE Hall of Fame Class of 2020. The members being inducted are Hulk Hogan, Kevin Nash, Scott Hall aka Razor Ramon and Sean Waltman aka X-Pac. This is a first as each member of the group has already been inducted separately with Hulk Hogan being inducted in 2005 (and being removed and added back in later on). Scott Hall added in 2014 as The Bad Guy Razor Ramon, Kevin Nash would be added a year later in 2015 and Sean Waltman would be added as X-Pac as part of the previous years group DX’s headline act. This makes Sean Waltman the first man to headline two Hall of Fame classes back to back…… X-Pac….. Not the one you would have guessed but that’s how it’s going down.

Nobody can deny that the nWo deserve a place in the WWE Hall of Fame and it was only a matter of time before we would see them be added. Would you have liked to see other members of the group recognised? Mr Perfect? The Giant Paul Wight? Who you think will join them in the Class of 2020? Let us know your thoughts on this down in the comments.