Impact Wrestling are now reporting that they have signed two former WWE stars. This has been reported after an offer had been made to the duo surfaced this past week. 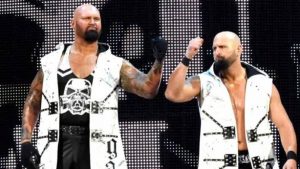 Gary Cassidy, of Sportskeeda reported that the former Raw Tag Team Champions, Karl Anderson and Luke Gallows have moved to Impact and are now expected to debut at Slammiversay on July 18th.

I've been told Luke Gallows and Karl Anderson to IMPACT Wrestling IS a done deal.

The pair will debut in July, either at Slammiversary or shortly after, in line with the terms of their WWE non-compete clause.

The deal allows the former WWE Tag Team Champions to work with NJPW.

Gallows and Anderson were part of the several WWE Stars who were released as part of a cost cutting exercise due to the Coronavirus. There has been speculation as to where the duo would go next.

Cassidy’s report also notes that as part of the new deal with Impact, the duo can wrestle for NJPW, which was said to be part of the offer when it came out over the weekend. The Tag Team have always said that they would like to return to Japan to reform The Bullet Club.

The duo are still known to be under a 90-day non-complete clause as part of their WWE contract release but should end in time for Impacts upcoming pay per view Slammiversary.