Since the launch of All Elite Wrestling around a year ago, MJF has been one of the best wrestlers within the promotion. The 24-year-old has impressed fans all around the world with his great athletic ability and his impressive promos.

Another star that has been fantastic is Chris Jericho. He has done what has been referred to as some of the best work of his career. Le Champion has revealed that in the early days of AEW he wanted to work more closely with MJF. 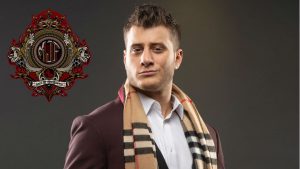 In a storyline last year, we seen Jericho offer a spot within The Inner Circle to MJF. It has been revealed more recently that this was not just an angle and that Jericho wanted the talented youngster in the faction.

In his own podcast. Jericho told Sammy Guevara that prior to the official launch of AEW, he wanted MJF to join his group, but he was told that the promotion had other plans for him:

“The moment that I came to AEW the idea was for me to have a faction. Tony Khan wanted that and thought it was a good idea. I never had a faction before. I thought it was a good idea. Then we had to figure out who we are going to get involved in and throw around different ideas. I saw you (Sammy Guevera) on an NWA show, and I texted Tony Khan and said we should bring you in. I can’t remember the first choice, but I remember saying I would like MJF and they said he is going to do his own thing. I said I think Sammy is kind of the same idea. I wanted a young, upcoming charismatic guy.”

I think its clear to see that Tony Khan made the correct decision here. It would have been great to see MJF join The Inner Circle, and maybe even overthrow Jericho as the leader, but MJF does not need a group to get him over. MJF has made it alone with his mic work and athletic ability. Jericho and Sammy at the head of the group has been great for the company.