Jim Cornette is well known for being outspoken. Recently he has criticised AEW in the performance of their wrestlers and the type of product they are putting out. He has continued his controversial opinions with his concerns of Nyla Rose, AEW’s former Women’s Champion. 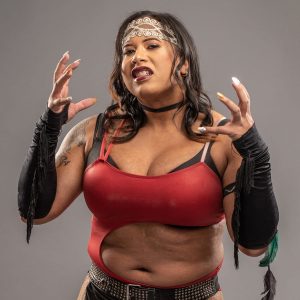 Rose became the first openly transgender wrestler in history to sign with a major American promotion when she joined AEW back in 2019. The promotion pushes diversity and inclusivity within its roster. Jim Cornette believes that AEW should use Rose’s gender in order to turn her heel, an opinion that has not went down well with fans online.

Nyla Rose defended her championship against Hikaru Shida at Double or Nothing pay per view last week. The match has been highly rated by fans and could go down as one of the best women’s matches in AEW so far. Despite the match been heavily praised online, Cornette was still not happy.

The controversial former commentator went on a profanity filled rant on his most recent podcast. He heavily commented on the Women’s Championship match at the AEW pay per view. Here’s part of what he had to say:

“If they didn’t want to f*cking capitalize on the built-in controversy of the transgender athlete and the natural hormonal and or anatomical f*cking advantage and is it fair blah blah blah…. [Nyla is] three times the size of every other twat in that f*cking division, [she] takes more bumps and gets beat up and beat more than any of them.”

Cornette’s full podcast can be found below. Make sure the volume is turned down if you do not want anyone around you offended.