For a couple of weeks now everyone has been discussing The Undertakers most recent ‘retirement’.

The Deadman recently appeared in a documentary called ‘The Last Ride’ on the WWE Network. During the last episode it appeared that he announced his retirement and followed up on social media with a simple thank you message. However, if you listened to his words carefully, he did say that he was retiring unless it was an emergency and Vince McMahon said “please Mark”.

But it was not The Undertaker who threatened a comeback today, instead it was Sting. 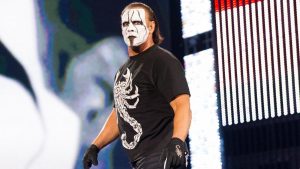 Sting has not wrestled since he was injured in a match against Seth Rollins back in 2015. And up until now, further neck issues have made a return to competitive matches impossible

It seems that watching the Undertaker’s documentary may seem to have inspired Sting who took to Twitter with the following earlier today to ask fans if they would like to see him in one final match:

Who wants to take a “last” ride with Sting? https://t.co/6JT1EC3mbx

While he has mentioned before that he would like his last match ever to be against ‘Taker, the two men might not be able to put on a show like they used to. Their combined age is 117 and putting them against each other might not just be sad to watch but extremely dangerous for them both.

WWE might step in here and say that with his neck issues, Sting would not be signed off to compete. However, looking at the ratings Vince might just take him up on the offer to bump up the viewers for a few weeks.