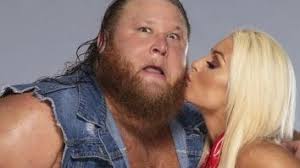 Mandy Rose has discussed how her latest storyline came to fruition and who pitched the idea to Vince McMahon.

The current storyline with Dolph Ziggler, Sonya Deville and Mandy’s romantic relationship with Otis is a fan favourite at the moment.

She spoke with TV Series Hub to comment on how her relationship started with Otis while they were in NXT. She enjoyed the storyline so much that she pitched the idea herself to Vince McMahon to turn it into an onscreen angle. She had this to say:

“Otis always was around in NXT and posting pics of me and talking about how much he liked me. In a cute way, not a creepy way. This continued on and I thought it would be great if this became a storyline, especially once Otis entered Wrestlemania. I actually went to Vince McMahon myself and pitched the idea and he loved it.”

Mandy Rose elaborated on how the story has played out during another interview with Comic Book. She said:

“We didn’t really know that it was going to be this huge, and it’s really awesome and I’m really grateful and happy about it. But I really didn’t expect it to be this crazy and such a positive story. And I think in these times too, it’s nice to see such a happy ending for our fans and be able to perform and be able to demonstrate that. So yes, it’s just really cool.”

Mandy Rose and Sonia Deville’s relationship was seen to start dissolving on this weeks Friday Night Smackdown. It looks like WWE are trying to set up a mixed tag team match with Rose & Otis vs Deville and Ziggler. 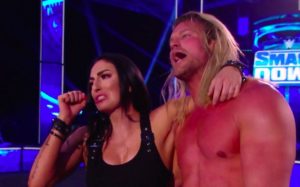 The match has yet to be confirmed but we can take a guess and say that the storyline will be set up to take place on WWE’s next pay per view, Money in the Bank. The story seems to be a fan favourite at the moment and will continue as long as the angle stays as hot as it is with the WWE universe. Money in the Bank will take place on top of WWE headquarters on May 10th