Mick Foley has taken to social media to say that he believes that a current WWE star has the potential to be one of the best of all time.

On last night’s episode of SmackDown, Kofi Kingston announced that he was going to be out of action for a few weeks. With Xavier Woods also out with an injury, it allows Big E to have a shot at a singles run. 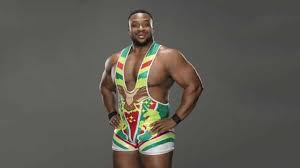 This news was widely praised by wrestling fans, Hall of Famer Foley also had something to say about it on Twitter:

“I believe, and I don’t want to overdo the racing metaphors, but if Big E can shift into high gear, and really put the foot down on the accelerator and remind people the work it took to look the way he does that you don’t get to be one of the most powerful men the sport has ever known through good humor alone, and charisma.

“This is a guy who worked his butt off. I believe that he can show a different side of himself, a little bit more seriousness, a little bit more anger when the situation calls for it, that he would go down in history as one of the great WWE superstars. I hope that it happens. It’s all about stepping your foot on the accelerator and I believe he can do it.”

We will need to wait and see what creative has planned for Big E’s singles push. If he is booked correctly, he could make it to being main event in the near future.

Foley did mention that in order to be taken seriously, Big E will have to adapt and not always be the comedy guy. If he can perfect a slightly more serious persona then there will be no stopping him.