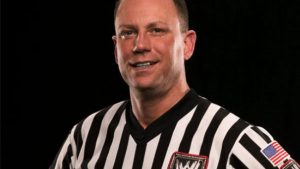 Last week many WWE staff lost their jobs during “Black Wednesday”. One of them was Mike Chioda who had been a referee within the company since 1989 but was still released all the same. There have been multiple reports over the past week about whether Vince McMahons cuts were essential or not. He clearly never took into consideration the time that this amazing referee put into the company.

Chioda’s release was one of the more surprising of the day having committed so much of his life to the company. Chioda took to Twitter to make his first statement since the release.

I Want To Say Thanks To the WWE & To All My AMAZING WWE FANS & Universe! 35yrs & 31yrs Refereeing Working for the WWE has been a FANTASTIC RUN!! I Am So PROUD to have Worked with So Many ICONS & AMAZING TALENT IN THIS INDUSTRY!! I THANK YOU ALL!! 1Luv! Mike Chioda @WWE

A Very Special Thanks To All My WWE Co-Workers & WWE FANS for Reaching out to Me! I Really Appreciate The RESPECT & KIND WORDS FROM EVERYONE!! During these Unprecedented times in our lives. Everyone & There Families B Safe & God Bless!! @WWE

Chioda had a career filled with big moments in WWE, including refereeing the main events of WrestleMania 28 where The Rock defeated John Cena. 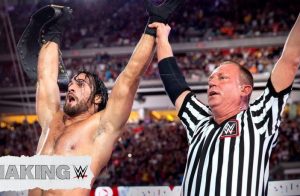 He was also the official at Wrestlemania 31 where Seth Rollins cashed in his money in the bank briefcase to win the WWE title against  Brock Lesnar and Roman Reigns.