Last night we seen the return of MJF to live television on AEW Dynamite. There was a promo from MJF himself to announce that he will be back to in ring action next week. Thankfully he is injury free after suffering his horrendous papercut finger and his neck injury whilst shaving.

Later in the show, Tony Schiavone interviews MJF and Shawn Spears at Ringside. During the discussion Schiavone revealed that MJF will be takin on Jungle Boy at the upcoming pay per view Double or Nothing.

What a pair of stories for these two. Give @The_MJF and @Perfec10n a round of applause 👏 #AEWDynamite pic.twitter.com/rmkfpEy0tm

During Dynamite it was advertised that there would be a Casino Ladder Match to take place at AEW: Double or Nothing to earn a shot at the AEW World Title. More details on this will be explained on next week’s show. 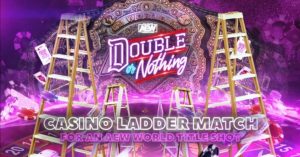 We also know Cody will be fighting Lance Archer for the TNT Championship. 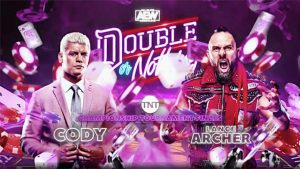 Finally, we found out who will be challenging John Moxley for the AEW World Championship. Moxley defeated Frankie Kazarian tonight in a pretty solid match during last night’s show. However, the angle after the match was the real story.

With Moxley laid out in the middle of the ring, Brodie made his way out to continue the attack and demand a Title shot. Moxley replied that all he had to do was ask. Brodie kicked him in the head and walked away with the title.

Shortly after, AEW announced the match between Lee and Moxley is official for AEW: Double or Nothing.

Double or Nothing is shaping up to be an amazing pay per view. We cant wait!