Due to the #SpeakingOut movement on social media we have seen several stars from multiple promotions, including WWE, accused of sexual harassment, abuse and attacks.

Since their accusations of abuse on social media, we have seen Travis Banks, Ligero and Jack Gallacher released from their contracts at WWE and had their profiles completely erased from WWE.com.

It is being reported by Sean Ross Sapp of Fightful that the releases will not stop there. He says that the company is serious about clearing up its roster of athletes and will most likely get rid of those who are portrayed as more “problematic wrestlers”.

WWE is serious about cleaning up their roster from what I hear, in regards to many problematic wrestlers.

As of now, no specific names of wrestlers were mentioned, however, it has been rumoured that NXT star Velveteen Dream will be released by the company relatively soon due to his allegations of abuse. 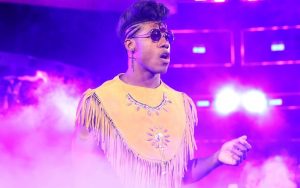 I've been hearing this, as well as some not so wonderful news about him that doesn't have to do with any of the allegations. https://t.co/34168lwI5l