According to Dave Meltzer of Wrestling News Observer, Tessa Blanchard could be on her way to WWE. In his report the company has “sent out feelers” to the former World Champion of Impact Wrestling. 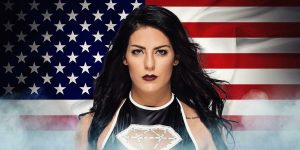 Tessa Blanchard was released by Impact Wrestling earlier this week, it is reported that she has been on WWE’s radar for some time now. Blanchard did compete on some episodes of NXT back in 2016/17 and was a participant in the Mae Young Classic Tournament. Meltzer stated that she was not signed to a developmental deal in the past due to her reported attitude issues.

The attitude issues may be something that may discourage promotions from wanting to work with her. The nature of her release and previous controversies may be a warning light for some. It was reported that she was released from her contract with Impact after failing to send promos for the weekly show. Blanchard was advertised for the main event at the promotions upcoming pay per view ‘Slammiversary’. Her refusal to send any pre recorded material for the show which resulted in the company being reconfigure the entire bout.

Now that she is a free agent, Blanchard might also attract interest from other promotions such as All Elite Wrestling. It was reported by Ringside News That Cody Rhodes expressed an interest in bringing her to AEW in the past. However, there is no confirmation as to whether Tony Khan’s promotion have ‘Sent out Feelers’ in the way that WWE have.