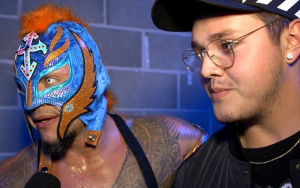 It has been rumoured for quite some time now that Dominik, Rey Mysterio’s son will come to WWE and eventually turn on his father. Some believe that time could be sooner than we thought and could even be on the next episode of Monday Night Raw.

Seth Rollins is due to host a retirement ceremony for Mysterio on next week’s episode. An unusual choice for host considering Rollins brutally attacked the former Champion’s eye leaving him injured. 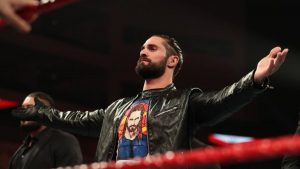 Fans believe that the ceremony could see the return of Rey’s son Dominik where he could turn heel and join the ‘Monday Night Messiah’ and his disciples Austin Theory and Murphy.

Wrestling News has commented on the rumours, speculating that we could see Dominik turn on next week’s Raw, aligning himself with Seth Rollins and his faction

“There have been rumors since last year of Dominick turning on his father and having him join Seth Rollins’ stable would be a great opportunity to introduce his new heel character.”

These are only rumours and opinions for now. There have been no reports suggesting the plan is imminent. Stick with us for all the latest updates.