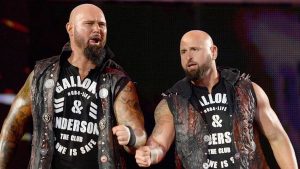 Over a week ago there was a whole host of WWE superstars released from their contracts as a cost cutting exercise due to the Coronavirus pandemic.

Among them were Karl Anderson and Luke Gallows who took to twitter to express their interest in a three-way tag team match against The Revolt (fka The Revival) and Young Bucks.

Gallows and Anderson have been sending clues on twitter as to where they may go next, most likely to reform the Bullet club with New Japan Pro Wrestling when their non compete clause run out. 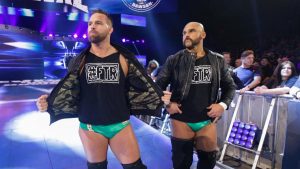 The above was retweeted by Cash Wheeler (Dash Wilder), and Dax Harwood (Scott Dawson) commented “Just make sure you bring the Saudi trophy”.

Just make sure you bring the Saudi trophy 🏆 https://t.co/N8xGoIE84F

Gallows also quote tweeted it approvingly, so it seems we have at least two teams up for it, but the Bucks have yet to publicly respond. Hopefully, we will hear from them soon. 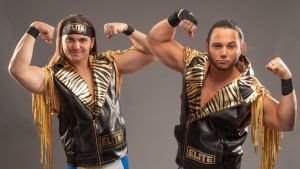 We don’t know how or where on when this would happen but it would be an epic match to watch. We look forward to it and will keep you as updated soon as we get more information