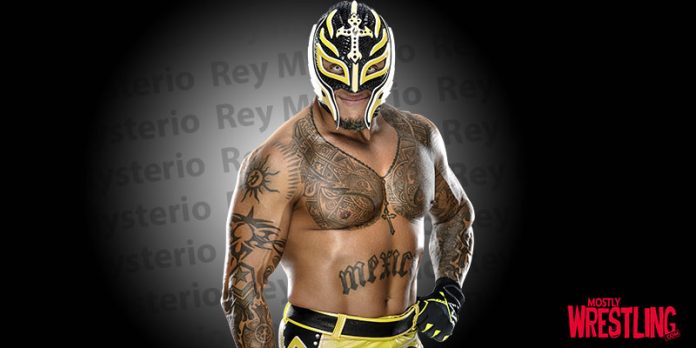 It has been reported for quite some time now that Rey Mysterio’s contract was due to expire soon. It was confirmed earlier today that the Monday Night Raw Star is currently working for WWE without an official contract.

From the Wrestling Observer, Dave Meltzer reported that the deal that Rey signed back in September 2018 has now expired, however, he will continue to work his current storyline for now. Here is what Metlzer had to say:

“Rey Mysterio is currently working for WWE without a contract.

Dave Meltzer is reporting that Mysterio’s latest WWE deal, signed in September 2018, has expired but that he is still working for WWE. Mysterio and his son, Dominik, have been heavily featured on Raw in a key storyline with Seth Rollins.

Meltzer reported in the latest Wrestling Observer Newsletter that Mysterio and Dominik were scheduled to appear in person on the June 29th Raw, but their segment was changed to a taped appearance from their home instead.”

It is not expected that Mysterio will leave WWE, he will still continue his feud with Seth Rollins and he will take on the @Monday Night Messiah’ in what is being reported as an unusual ‘eye for an eye’ match. Who knows how that will work out?

Just like most work contracts, the delay on Mysterio re-signing with WWE comes purely down to money.

Dave Meltzer also reported on the latest Wrestling Observer Radio, that Mysterio and Vince McMahon can not come to a financial agreement. Here are the details:

“He had asked for a raise, Vince said ‘look at the situation we’re in we just go rid of a bunch of people.’ Anyway, he not signed and they’re trying to book a match for Extreme Rules as a Rey vs Rollins singles match where the stipulation is the only way to win the match is to take out the other person’a eye — blind them for life — that is how you win the match.”

We will keep you informed with any update regarding this contract. hopefully Vince and Rey can come to some sort of agreement. unless he wants to retire, surely he should stay at WWE?