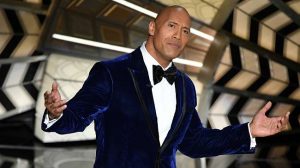 Dwayne ‘The Rock’ Johnson is Americas top paid actor at the moment. He has been involved in some of the biggest movies of the past few years and he has become more willing to do wrestling related content which is evident by his role in Fighting With My Family.

We can now reveal that he is currently working with HBO to produce a series about wrestling. The news was reported by Variety and included a series synopisis.

“The project is currently titled “TRE CNT” (a.k.a “TRE COUNT”) and hails from writer Mohamad El Masri. The series focuses on Cassius Jones, a young dock worker and struggling pro-wrestler, who uses inherited life-insurance money for start-up cash and the deed to a shotgun house from his grandfather to start a hip-hop centric backyard wrestling empire in Houston’s Third Ward (The Tre) with the help of his working-class family, neighbors, and friends.”

It is not currently known whether The Rock will be active in the show as well as executive producing.