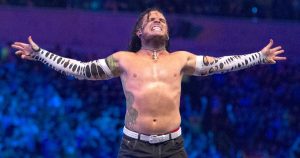 Jeff Hardy returned to WWE TV and wrestled in his first match in almost a year on the March 13 episode of Friday Night SmackDown. The Charismatic Enigma ultimately vanquished King Corbin but has not stepped inside the squared circle since this win.

Hardy is expected to return to SmackDown soon Over the past few weeks we have been shown VT’s of the highs and lows of the superstar’s twenty year career. When Jeff makes his in ring return as he is seemingly being set up for a rivalry with Sheamus. The three-time world champion has loftier ambitions, however, as he told Corey Graves on the After The Bell podcast that he would like to have one last world title run before he retires.

“For sure I’m excited about my solo run because when I came back last time and I went to SmackDown after my rotator cuff surgery, I brought the face paint back and I was really grooving for that year, and I got to that deal with Randy Orton and had my first Hell In A Cell and building up to that was so fun. I felt important and relevant again. But now, I seriously would love to like win a world title just one more time. I love the design of the new title and the Universal title and so I would definitely like to do that before it’s all said and done. And I just want to like bring that paint back…I just want to have one more good run, man, and maybe become the world champ and Universal Champion.”

While he did not discuss how he would win the Universal Championship, Brother Nero added that he would love to work with “The Fiend” Bray Wyatt. 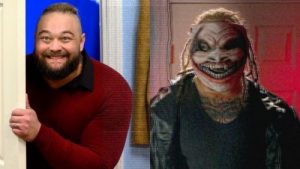 “I would love to do something with “The Fiend” Bray Wyatt. I’ve got some crazy cool ideas. Beth helped me with this one, ‘What if there was something like The Twilight Zone.’ I don’t know because back when we did the Hardy’s Show we had this thing called the Y-Light Zone and it like spoofed Twilight Zone. It was like man, what if we did something where he like beat me and took me under the ring and all of a sudden I’m in the funhouse but in a black and white TV and it’s like The Twilight Zone or nothing. And Beth said, ‘What if it was the Fly Light Zone and it could be like you’re trying to get out of the black and white TV.”

What a way to end his career. If Hardy and Wyatt were set free to be creative with a Funhouse style match it would be a spectacle of a clash. In order for this epic matchup to take place, Wyatt would need to win the Universal title from Braun Strowman first.