This Article includes possible spoilers for Friday Night Smackdown. Do not read if you do not want evidence to who the Smackdown Hacker is!!! 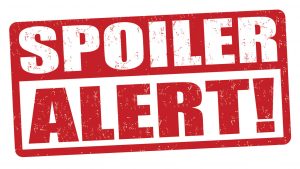 There has been a hacker appearing in mysterious segments of Friday Night Smackdown over the past few months. The Hacker uncovered the truth behind Mandy Rose and Otis’ storyline and hinted towards news on tag teams from the blue brand

Over the last few months on SmackDown, a hacker has been appearing in mysterious segments on Friday Night SmackDown. The hacker uncovered the truth behind the Otis and Mandy Rose story line.

The Hacker recently eluded to their being fractures in the tag teams from the blue brand. Some fans have theorised that the Hacker is trying to break up everyone’s favourite tag team – The New Day. 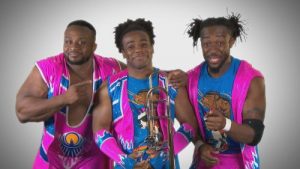 But what if there was more than one hacker and they are trying to break up the tag teams to their advantage? The theories are endless.

The first voice has been widely speculated as being former 205 Live star Mustafa Ali and we think the voice effect is spot on as far as the clip goes. However it looks like he wont be coming alone. 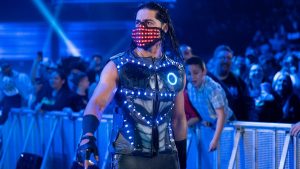 When edited the voice from the second part of the clip is clearly from a different person eluding to the fact the Hacker or Hackers will reveal themselves as a Tag Team.

The second voice in the clip is sounds very much like the former Raw, Smackdown and NXT Tag Team Champion. Gable has not been seen on Smackdown for several weeks now but looks like he will be returning with a new gimmick. 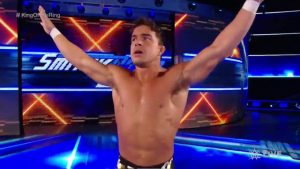 You can hear the edited audio below which has been shared on Twitter by @mistyaquaart.

SCROLL PAST IF YOU DON'T WANT TO KNOW WHO'S HACKING SMACKDOWN.

Credit to Metal Lord – James Lynch (couldn't find their @) for doing the 1st. I turned up the 2nd video by 6 semitones & found something very interesting pic.twitter.com/Uk6xkQv7OU

Chad Gable and Mustafa Ali have teamed together on Smackdown before and have very good in ring chemistry. If this theory is correct this could be a hot streak for the duo and we are pretty excited to see how it turns out over the next few weeks.