Hulk Hogan was undeniably the biggest star in Wrestling for most of his career. In the 1980’s he arguably built WWE known then as WWF. 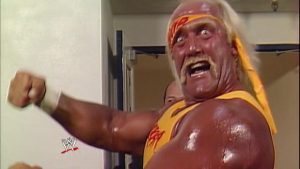 He moved to WCW in the 90’s where he turned heel alongside Scott Hall and Kevin Nash in nWo. WCW and WWE Went head to head until backstage politics allowed WWE to purchase WCW. 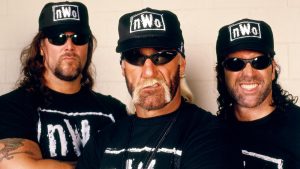 In the 2000’s, we were able to see Hulk Hogan and his now faction in the WWE.

Steve Austin came up against Hulk’s Team in many different fashions. While Hogan faced the Rock in Wrestlemania 18, Stone cold faced up against Scott Hall. 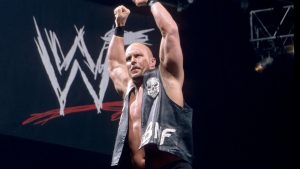 Most fans assumed that the current biggest star in WWE, Stone Cold Steve Austin would face former face of WWF Hulk Hogan. During Hogan’s time in WCW Austin had become the biggest star in the wrestling universe. The prospect of these two going head to head would surely spell a big pay day for Vince McMahon.

However, Stone Cole walked out of WWE in the middle of 2002 after refusing to lose to Brock Lesnar, and when he did return in 2003 he only worked with Eric Bischoff and The Rock before retiring.

“Austin had it in his mind that Hogan’s style and Austin’s style were oil and water. He just didn’t feel the chemistry. Austin was never about having good matches. Austin was about having great matches. He knew better than anybody else in the world who he could work the best with. Hogan wasn’t on that list. Steve could be wrong too. I’m not saying that Hogan and Austin couldn’t have a good match. Look at the match Hogan had at WrestleMania 18 with The Rock. Steve is a stubborn guy and he just didn’t feel it. That’s what we are trying to explain in meeting with these guys is that there is a new sheriff and town and his name is Stone Cold. It is not Hulkamania anymore. But if we could use Hulkamania in a bitter way, in an angry way, maybe we could get a WrestleMania out of it. That was the idea but it never came to fruition. It didn’t happen because Steve didn’t push for it. I believe Hogan probably would have gone along with it because it would have been a great payday and he could have worked with Austin.”

JR was head of Talent Relations at the time within the company. He would have been part of such conversations, so we are pretty sure this is how it played out. If Austin didn’t want to do something he simply wouldn’t.