On last nights episode of Monday night RAW there were three qualifying matches in which to determine who would represent the show in the upcoming Money In The Bank ladder match.

Asuka and Ruby Riott were the first of three Money in the Bank qualifying matches.

Riott did not fall for Asuka’s fake handshake and immediately put her in a headlock. She taunted The Empress of Tomorrow to show the real fighter she is, and her rival responded by taking her down in an armbar and stomping on her shoulder.

The Japanese Superstar dominated the next few minutes with some of her signature high-impact offense.

Asuka ended up scoring the submission victory with her trademark finisher after a back-and-forth exchange of near-falls. This was probably the most competitive of the three matches by far.

The second match was Shayna Baszler vs. Sarah Logan. 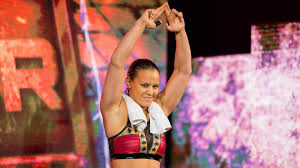 Baszler immediately tackled Logan to the mat and beat her mercilessly until the referee stepped in. She stomped on her rival’s arm, and the ref was forced to call for the bell. 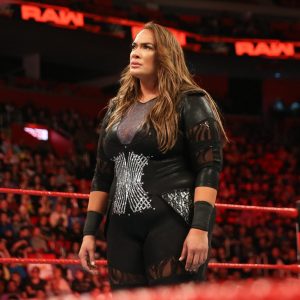 In what might have been the quickest and most dominant victory on a show with several quick bouts, Nia Jax dominated Kairi Sane. Jax never gave her an inch and got the win with a Samoan Drop.

This win advances Jax to the women’s MITB match at the next pay-per-view. WWE kept Asuka backstage so she wasn’t there to help her partner