We seen three more WWE Stars qualify for the men’s Money in the Bank ladder match on last nights episode of Monday Night Raw. This years pay per view event has been advertised as taking place in the Titan Tower, working from the bottom floor up to the briefcase on suspended above a ring on the roof. 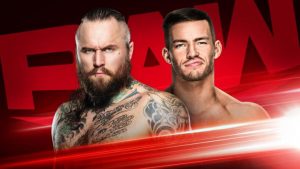 The nights action kicked off with the first qualification match, Aleister Black squared up against Austin Theory for the first spot. Although Black had to deal with Austin Theory’s wife’s involvement, he was still able to pick up the win by hitting a few heavy Black Mass moves to earn his place in the ladder match. 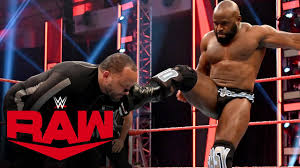 In the next qualifier, MVP took on Apollo Crews. The match was back and forth, Crews looked like he would get the win after hep dropped MVP with a powerslam and set him up for a Frog Splash. MVP got his knees up and hit Crews with The Play Maker for a two count. Apollo responded with a Gorilla Press slam, a standing shooting star press and a massive Powerbomb for the win. 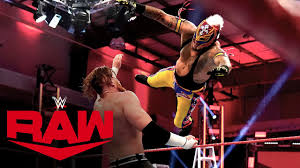 Later in the show, the longest and arguably, the best of tonight’s qualifying matches took place between Mysterio and Murphy. Mysterio looked to be doing “not too bad for an old man” as he attacked Murphy, but Murphy was able to turn it around and focus on the finger of Mysterio which the commentators mentioned looked dislocated. Later in the match Murphy hit a Brainbuster for a close near fall. The fight then spilled to the top rope from where Mysterio came off with a Destroyer Piledriver. The 619 and a top-rope splash followed as Mysterio earned a well-deserved win and place in the Money in The Bank Ladder Match.