A few months ago, Charlotte Flair was written off TV and it was reported that she would return in time for Summerslam. However, it seems this will definitely not be the case with news emerging that she could miss next year’s WrestleMania. 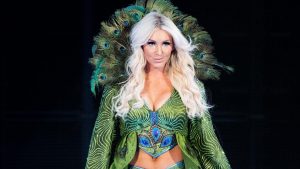 According to her father Ric Flair, WWE’s “Queen” could be out of action for a year following her surgery. Her recovery means that she would miss Survivor Series, Royal Rumble and even WWE’s biggest PPV, WrestleMania.

In an interview with WrestlingInc, 16-time World Champion Ric Flair mentioned that Charlotte will make a full recovery but needs to be very careful. Here is exactly what ‘Nature Boy’ had to say:

“She’s fine, but this time she knows, and her personal physician and the company doctors have reinforced it, that she can’t hurry the process, otherwise, we’re going to be right back. With the stuff that she does, the moonsaults and the way she lands and taking knees and everything, she’s got to be a 100%. And she will be.”

Ric Flair added that Charlotte could be out of action as long as a year, meaning she will miss out on the trip to Hollywood for ‘Mania next year:

“So she’ll be fine just has to be patient and heal. The rotator cuffs, you got to let those heal. You gotta let the knees [heal], and I got to remind her sometimes like Seth was off for a year. She’s likely out for a year. It’s not the end. You’ll come back.”

This will be devastating for Charlotte to be out that long; it will also be a blow to Vince McMahon and his company as Charlotte is one of the top Stars in WWE. Her recovery is extremely important, if she rushes back, she could do more damage to herself. Let’s hope she makes a speedy recovery.