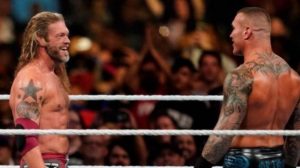 It was announced during tonight’s episode of WWE Raw that Edge and Randy Orton will both be returning after being absent since their WrestleMania clash.

Edge was victorious over Orton in a Last Man Standing bout at WrestleMania – a match that went over 35 minutes, ‘The Showcase of the Immortals,’ took place all over the Performance Center before Edge finally put Orton down with a Con-Chair-To atop a production truck. 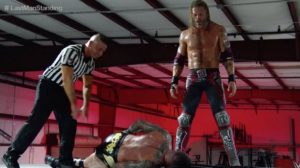 The promo was not completely clear in what we should expect from next week’s show. It could be a match, a confrontation, or the they could be involved completely separately. Here is the quote:

“The Rated-R Superstar Edge will be hunting the venomous Randy Orton. Does the hunter become the hunted? Edge, Orton, next week on Raw.”

Thanks to the ongoing global health crisis, the comeback for ‘The Rated R Superstar’ has not gone exactly as planned. Having mounted one of the most incredible returns in Royal Rumble history, he deserved a big WrestleMania blowout inside a red-hot, packed arena. Instead, he and Orton were forced to slug it out in silence.

Nothing could have been done about that, of course, but it is a shame nonetheless, and it’s hard not to feel sorry for Edge.

If next weeks show does include a match, it will be Edge’s first bout on an episode of Raw since March 28, 2011. That match saw him and Christian beat Alberto Del Rio and Brodus Clay in tag team action.