AEW have suffered injuries this week and it could not come at a worse time for them. During this week’s episode of Dynamite two of their top stars will miss Double or nothing this weekend after picking up knocks. 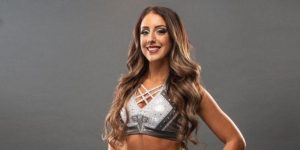 The first of those stars is Britt Baker who injured her knee during a tag team match. The injury has now been confirmed by AEW , they announced that Britt suffered a torn ACL which could see her out for the rest of this year. Baker will not be fit for Double or nothing and has been removed from the pay per view.

. @RealBrittBaker is out of #AEWDon due to injury. We will address her status at Double or Nothing tomorrow night. @callmekrisstat will now face @thePenelopeFord Live on Pay Per View.

Double or Nothing is available on all major providers, B/R Live and FITE TV – 8/7c pic.twitter.com/xOU4vPSyqy

Baker was set to take on Kris Statlander in a grudge match in tonight’s show, instead we will see Penelope Ford face Statlander.

As well as Britt Baker missing Double or Nothing, Rey Fenix has been pulled from the pay-per-view after picking up an injury during his great match with Orange Cassidy this week on Dynamite. 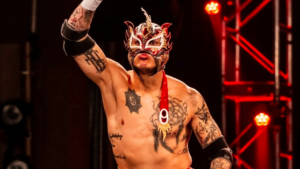 Fenix will not be able to compete this weekend at Double or Nothing after taking a nasty fall to the outside of the ring on Wednesday’s show.

.@ReyFenixMx is out of the #CasinoLadderMatch due to injury. Fenix isn’t expected to miss significant time. @JANELABABY is now entered in the Casino Ladder Match. 1 mystery wrestler is still TBA. DOUBLE or NOTHING is available on all major providers @brlive @FiteTV tomorrow 8/7c pic.twitter.com/0RKeirEhtU