In a recent report it was suggested that an unexpected WWE star was set to win the Universal Championship. Tom Colohue from Sportskeeda reported that SmackDown Star Baron Corbin was supposed to win the title at some point this year. 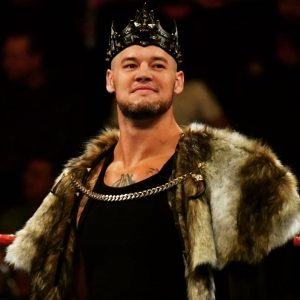 He states that WWE had plans to allow Corbin to win his first major title against Roman Reigns. Reigns was set to win the Universal strap at WrestleMania against The Fiend.

While discussing the title plans, Colhue noted that we were supposed to see two first time champions over the space of a few months. Baron Corbin being one of them and the other coming from a cash in by Money in the Bank winner Otis.

“The idea was that they could make a new star. But of course there have been many changes since. It was supposed to be The Fiend vs Roman Reigns at WrestleMania with Roman winning the Championship. That would evolve into a Championship match for King Corbin.

Due to Coronavirus concerns, Reigns pulled out of his Mania match against Goldberg. Braun Strowman took his place in the Universal Championship match and walked away with his first WWE singles title.

With the Universal title back on The Fiend and Roman Reigns making a return to TV, it is totally plausible that the creative team at Vince McMahon’s company could revert back to their original plans meaning that the title could pass from Wyatt to Reigns to Corbin and finally to fan favourite Otis.