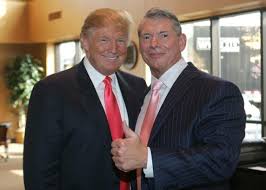 Donald Trump spoke in a briefing on Tuesday where he discussed the importance of bringing sports back into every day life after the Coronavirus Pandemic has forced all leagues to close. He said:

‘We have to get our sports back, I’m tired of watching baseball games that are 14 years old. ‘I haven’t actually had too much time to watch – I would say maybe I watch one batter and then I get back to work.’

The Conference came after it was revealed the Performance Centre in Orlando would re-open to allow live WWE shows to be aired.

As previously reported, WWE have been named as an ‘Essential Business’ and will be able to continue with live shows, despite a stay at home order still being in force. Orange County Mayor Jerry Demmings said to the media earlier this week: 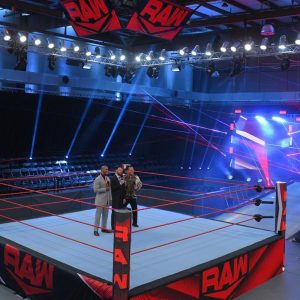 When Justifying the reason for continuing to air three live shows a week, WWE issued the following statement:

‘We believe it is now more important than ever to provide people with a diversion from these hard times. ‘We are producing content on a closed set with only essential personnel in attendance following appropriate guidelines while taking additional precautions to ensure the health and wellness of our performers and staff. ‘As a brand that has been woven into the fabric of society, WWE and its Superstars bring families together and deliver a sense of hope, determination and perseverance.

The news of Vince McMahon being named Financial advisor has been met with derision from some quarters considering the amount of money he lost in the recent bankruptcy of XFL.