It is being reported that Vince McMahon personally produced a segment of Smackdown in person. It has been alleged by Ringside News that McMahon came out from backstage during TV recordings to produce a segment between Sheamus and Jeff Hardy.

Vince McMahon decided to come out from his office backstage and produce a segment himself because the process was taking too long. It was noted that there were not any problems with the segment, was just taking too long for the WWE boss. 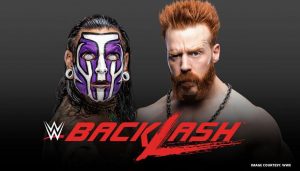 The section of Smackdown has not aired yet. It is believed that it will show on this week’s episode of smackdown. Hardy and Sheamus are facing each other at BackLash this Sunday. Hardy was seemingly ambushed by Sheamus, who ran over Elias in his car but made it look like Hardy had broke his sobriety and was arrested for driving under the influence.

The Segment was questioned by some fans and CM Punk about whether it was in good taste considering Hardy’s past. Hardy is determined to get his revenge at the upcoming pay per view on June 14th.