Next Wednesday we will see NXT go up against AEW in the battle for wrestling supremacy and the cards for both shows are shaping up nicely.

Right now we have an THREE title matches scheduled for NXT while AEW have announced The Bucks and Omega will team against Jericho and a team yet to be announced and a women’s title match.

This isn’t like WCW vs WWF in the conventional sense. Any ardent fan will watch one live and FVR the other show if they want to keep up with both. It’s up to both shows to come out the gates and show us what we can expect.

The very presence of AEW has prompted so much reaction from WWE and can only benefit both products overall.

What do you think of the cards so far? 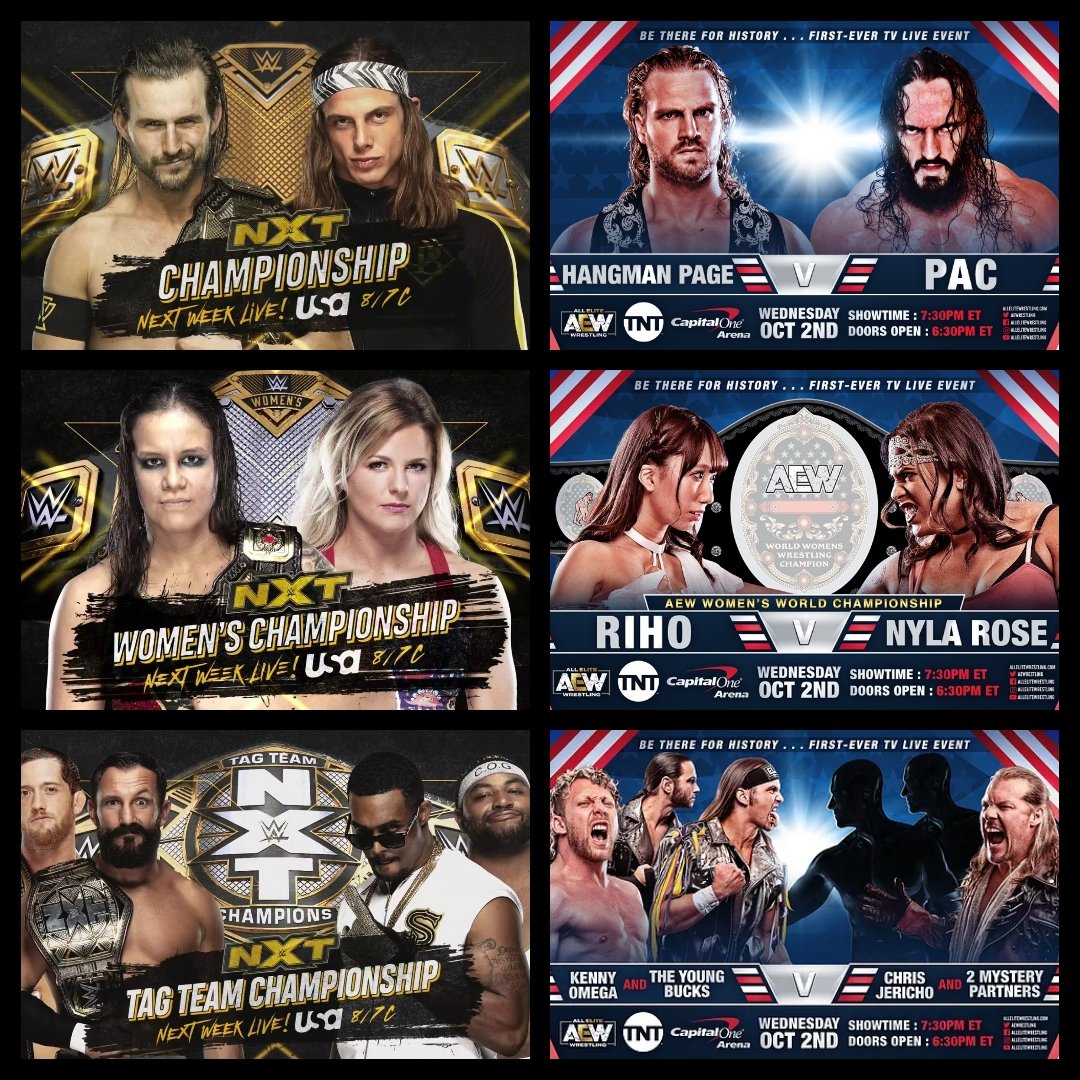