It’s bad enough competing in a rumble match and not winning but imagine getting your shot to main event Wrestlemania and you can’t even last a full minute? This year 14 wrestler’s were unable to stay in the Royal Rumble matches for a full minute and we’ll discuss what they did during their short time. 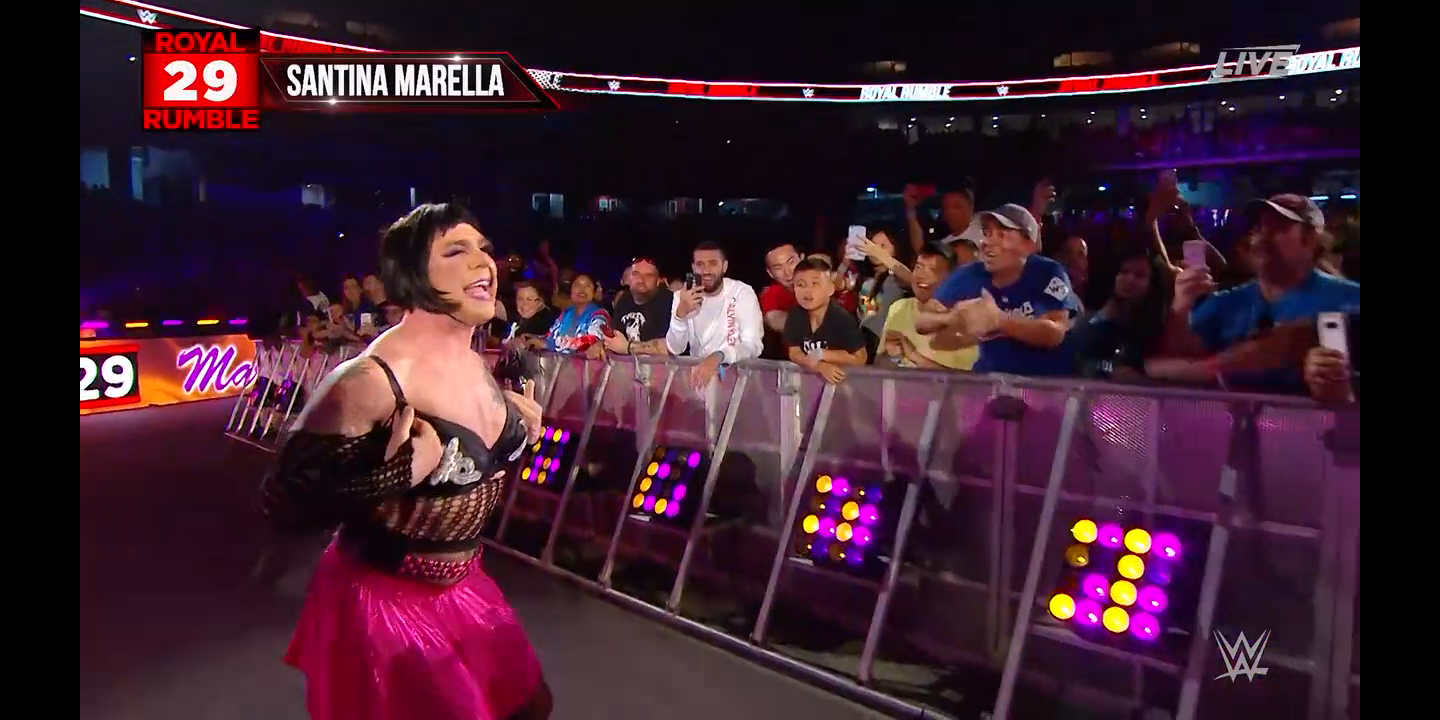 So we’re starting off by cheating as Santino Marella appeared in the women’s rumble as Santina Marella and lasted for 1 minute and 1 second. He entered at number 29 and eliminated himself after a staredown with Beth Phoenix and Natalya 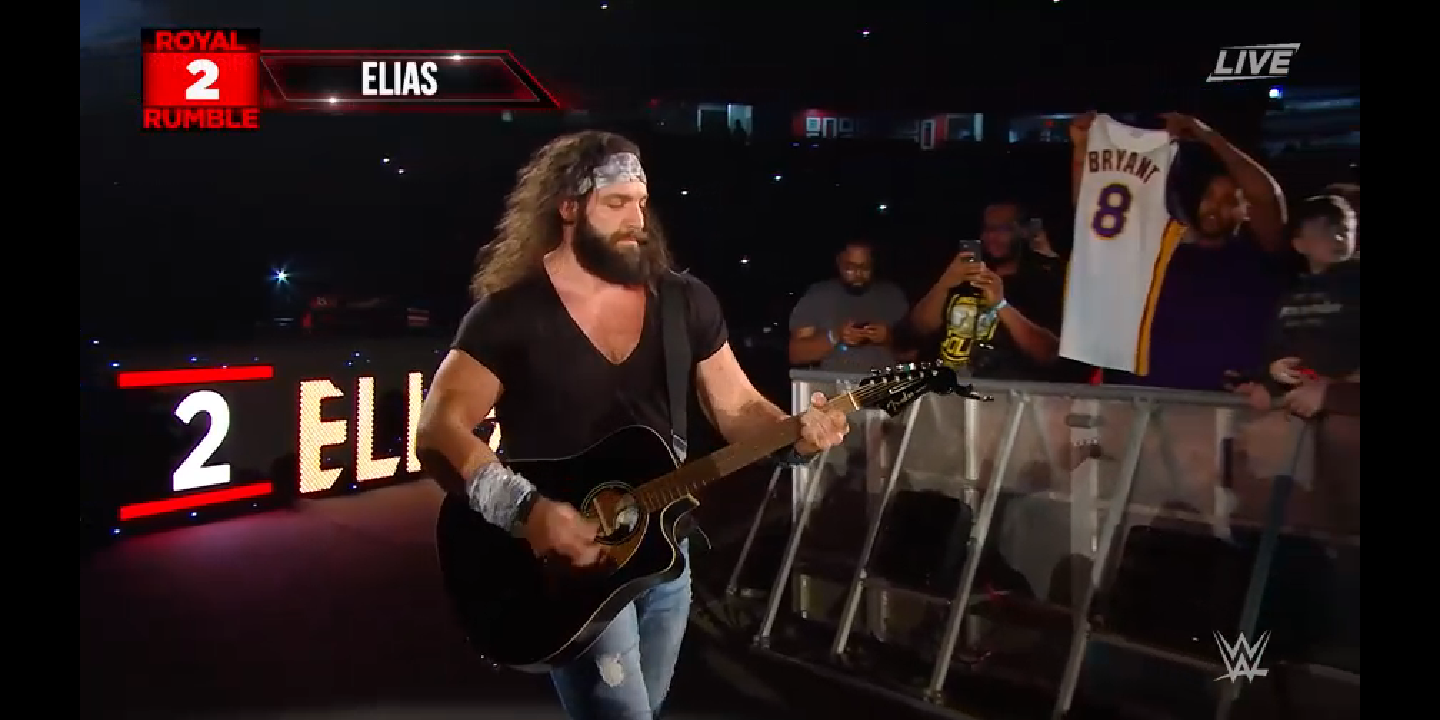 We continue cheating on this list as Elias was the second entrant in the rumble this year and managed to survive Brock Lesnar for exactly 1 minute, everyone else on the list will have lasted under 1 minute 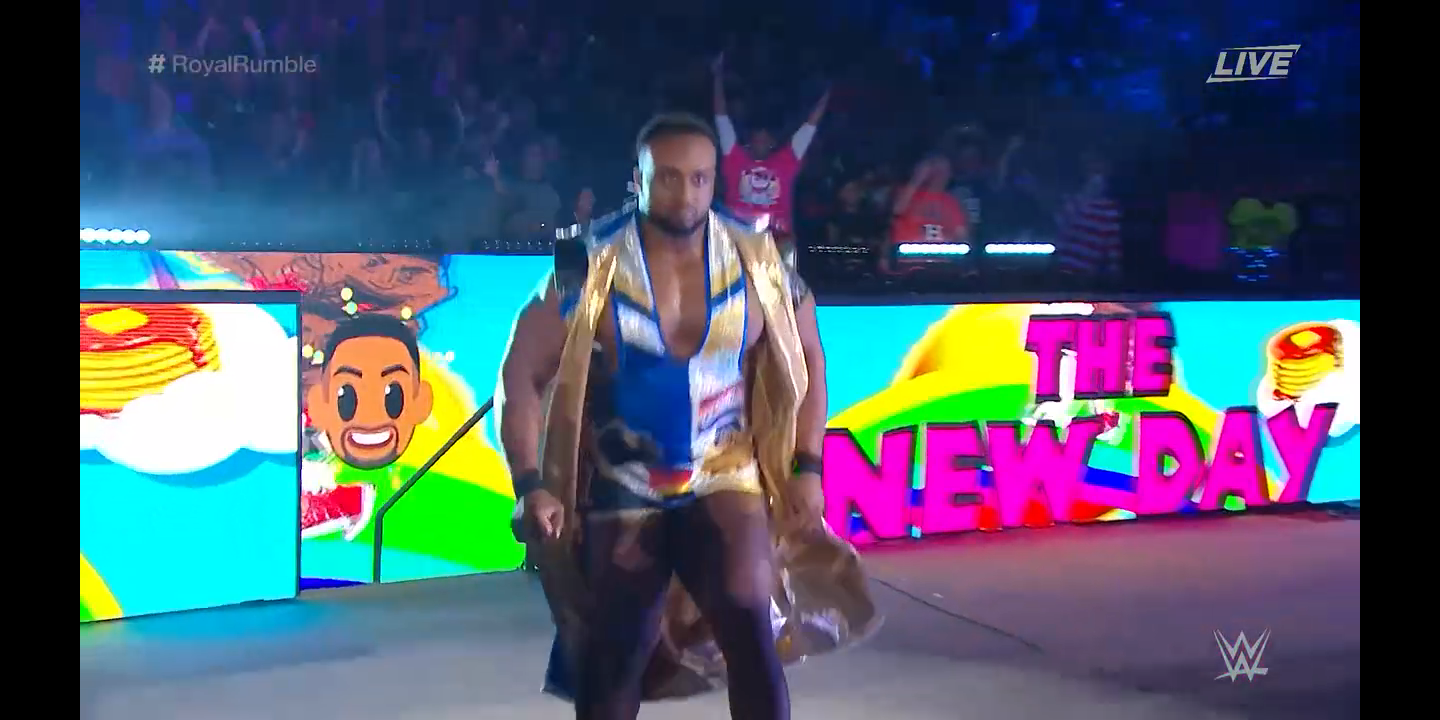 Big E entered the rumble at number 8 and rallied Kofi Kingston and Rey Mysterio to launch a 3 on 1 assault on Brock Lesnar with each man hitting their finisher. Unfortunately this didn’t last long as Lesnar quickly eliminated Mysterio Big E and Kingston in quick succession. 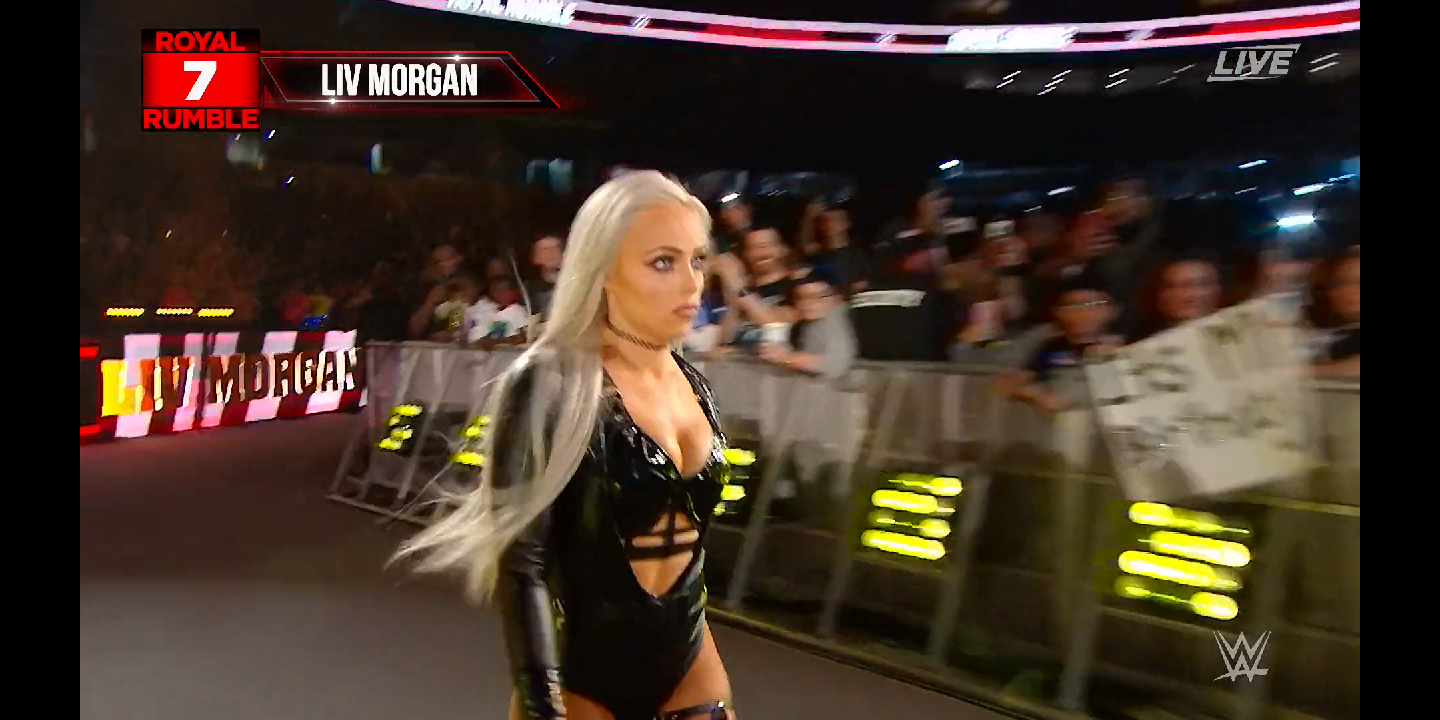 As soon as Lana entered the rumble it wouldn’t be long til Liv showed up at number 7. Liv ran down to the ring and would quickly eliminate Lana, however she would also be eliminated by Lana after Lana pushed her off the top rope to the floor. She’s the first of 2 people on this list to get an elimination. 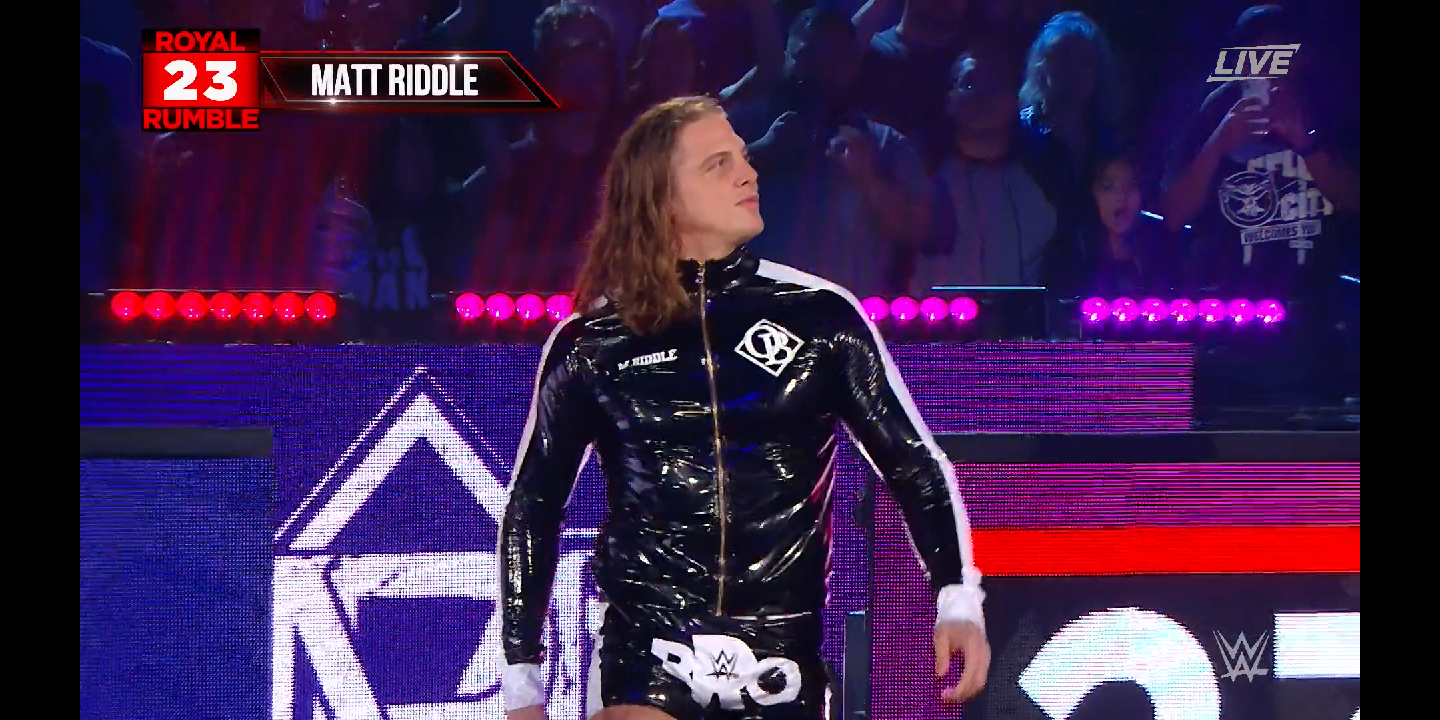 Nobody would have suspected Matt Riddle to be on this list given be was one of the men rumoured to eliminate Brock Lesnar. Riddle entered at number 23 being one of only 2 NXT men in the rumble. Riddle did some kicks, kneed edge and then got dumped out by King Corbin…. Corbin. 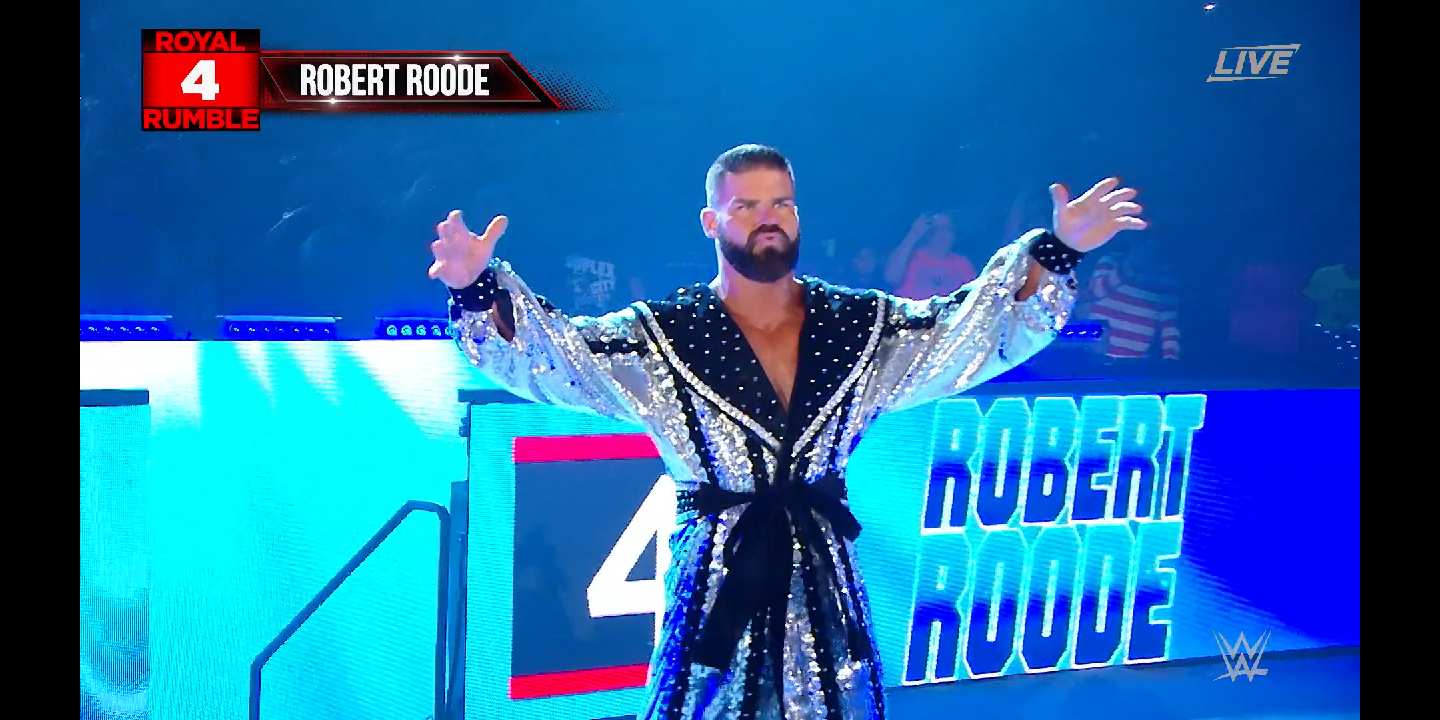 Roode entered the match at number 4 when Lesnar was just starting his reign of terror. Roode got in far more offense than was expected but in the end it was clear he wasn’t long for the rumble. 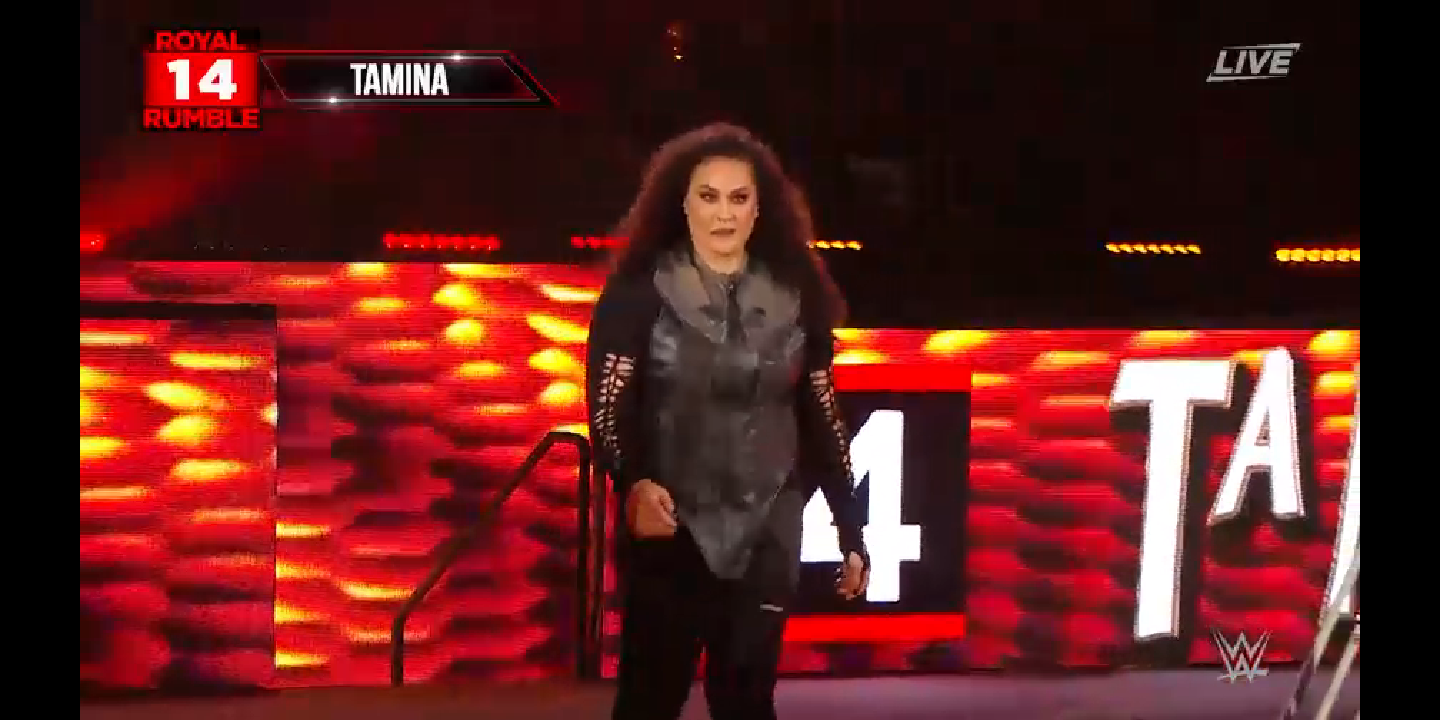 Nobody is meaner than Tamina, and nobody enters the rumble at number 14, delivers a few superkicks, slips on Dana Brooke’s hair and is quickly eliminated by Bianca Belair better than Tamina. 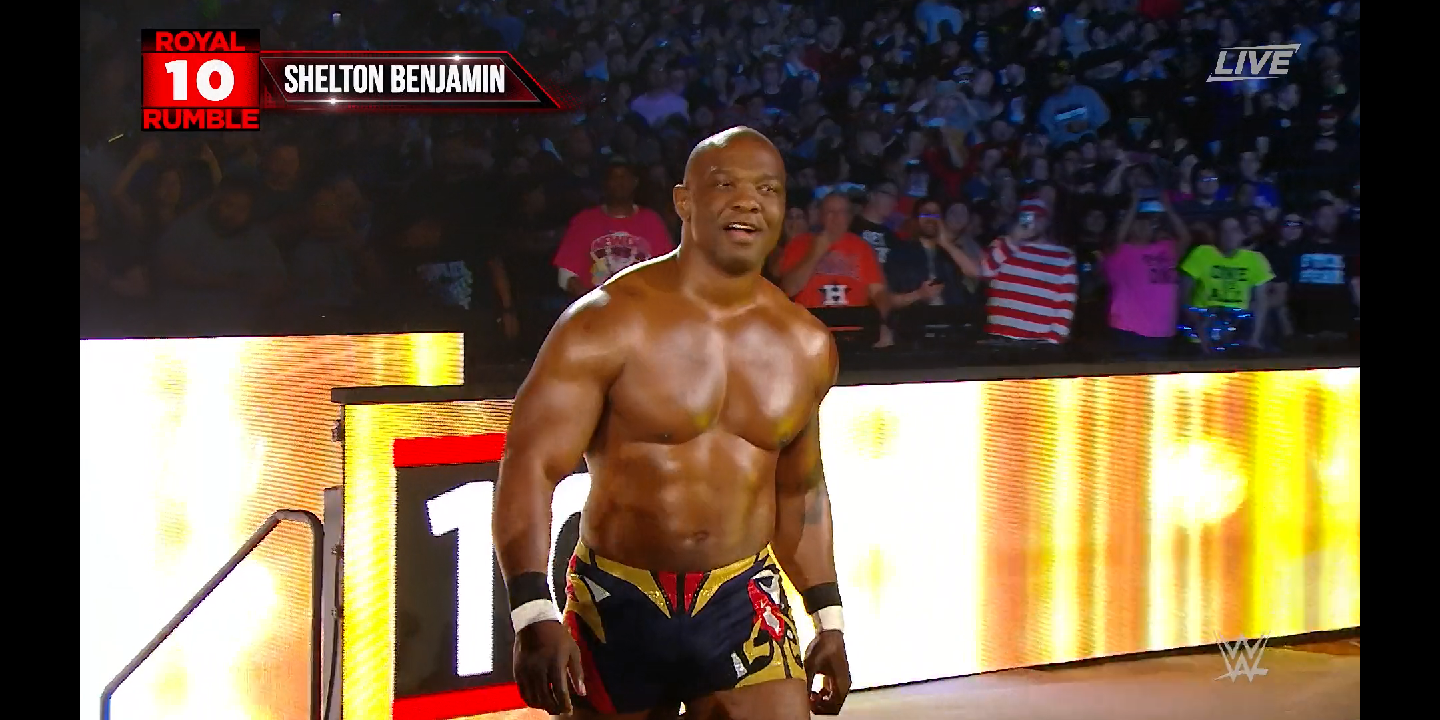 Shelton entered at number 10 prompting Paul Heyman to speak for the first time that night by telling him to reunite with Brock Lesnar. The two hugged and an alliance seemed to be forming before Lesnar hit Benjamin with a German Suplex and eliminating him. 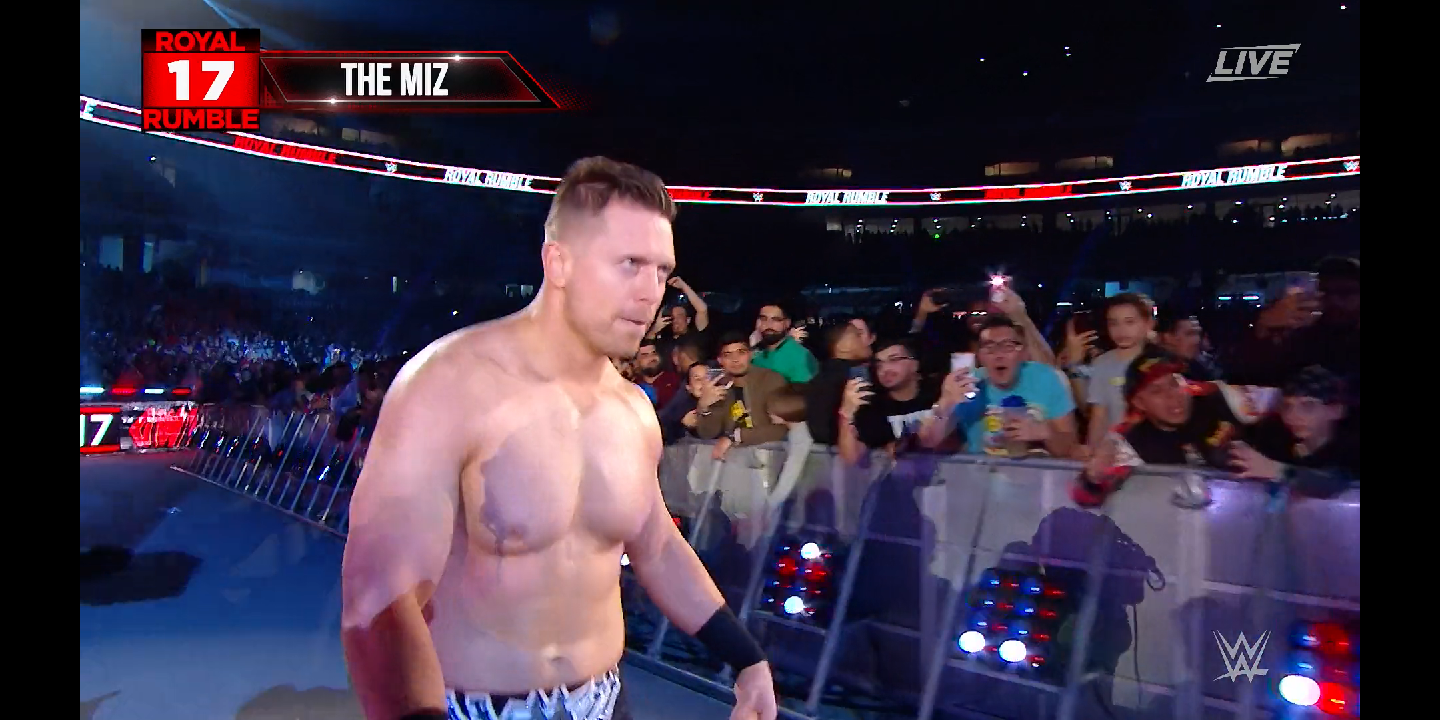 The Miz entered the rumble at number 17 to meet the eventual winner of the match Drew McIntyre. Drew made short work of The Miz and continued his staredown of Lesnar who he had just eliminated moments prior. 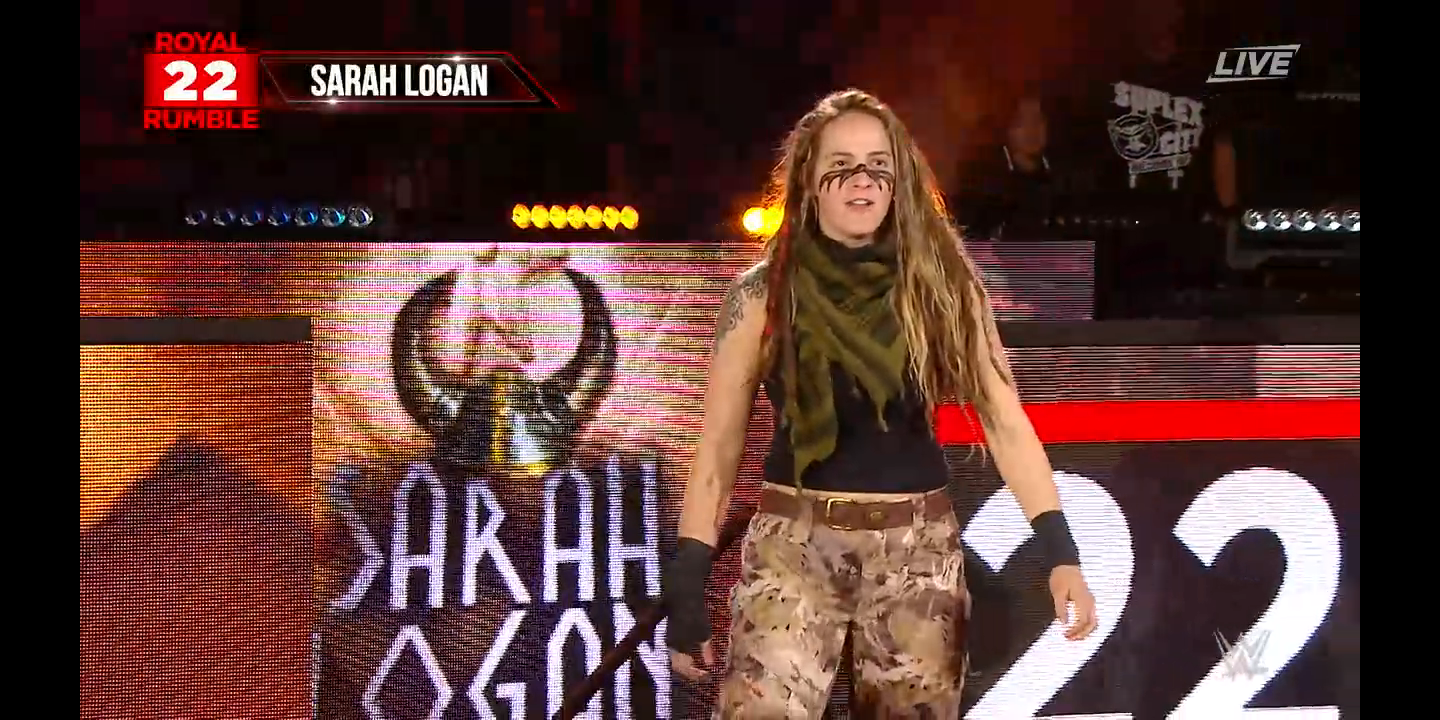 Sarah Logan has been feuding with eventual winner Charlotte before the rumble and went straight for her after entering at number 22. This proved to be her downfall as not long after entering she took a big boot from Charlotte ended her Wrestlemania dreams. 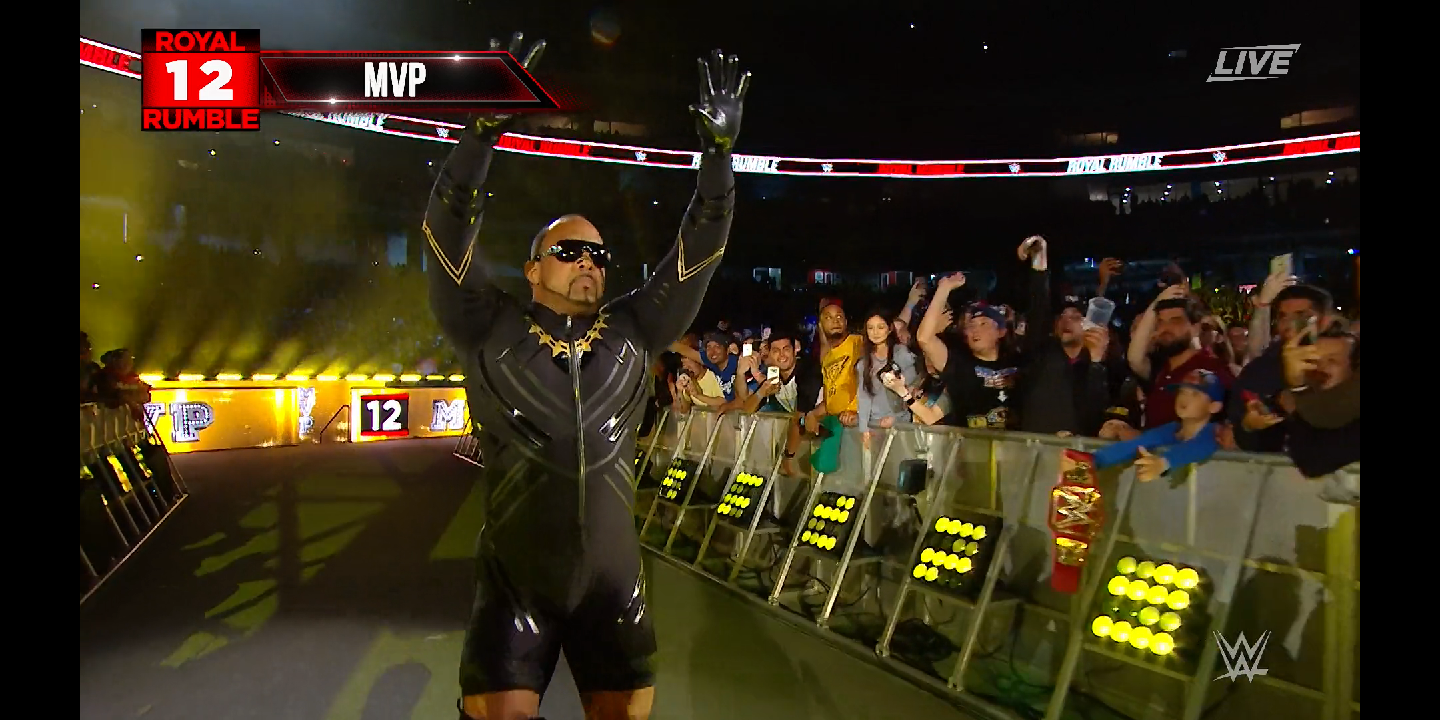 MVP made a surprise return to the Rumble at number 12 in Houston where he would chase Paul Heyman around the ring before being quickly put down by Brock Lesnar putting his total elimination count to 11 at that point. 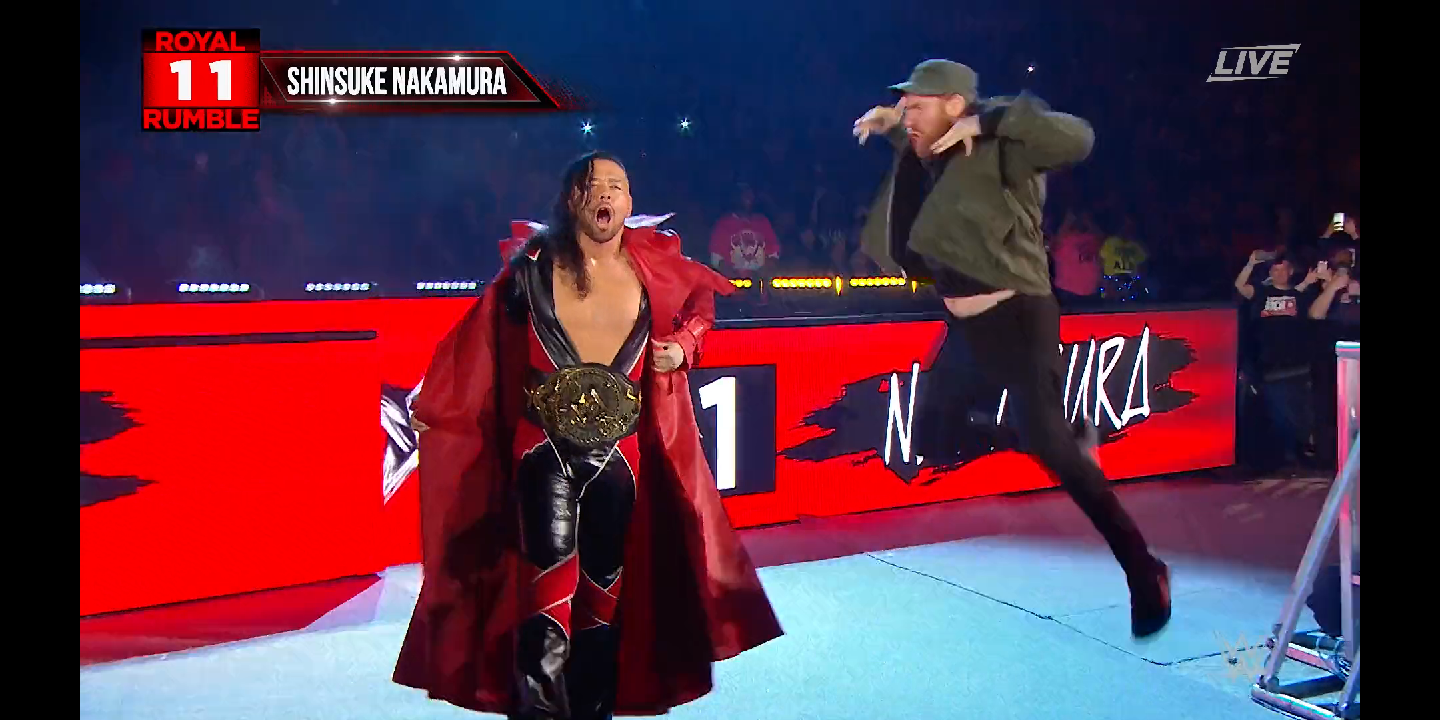 We all need someone who loves us as much as Sami Zayn loves Shinsuke Nakamura. Nakamura entered at number 11 and unfortunately the Intercontinental Champion was only able to get a few kicks in before being picked up and dumped out by Brock Lesnar. 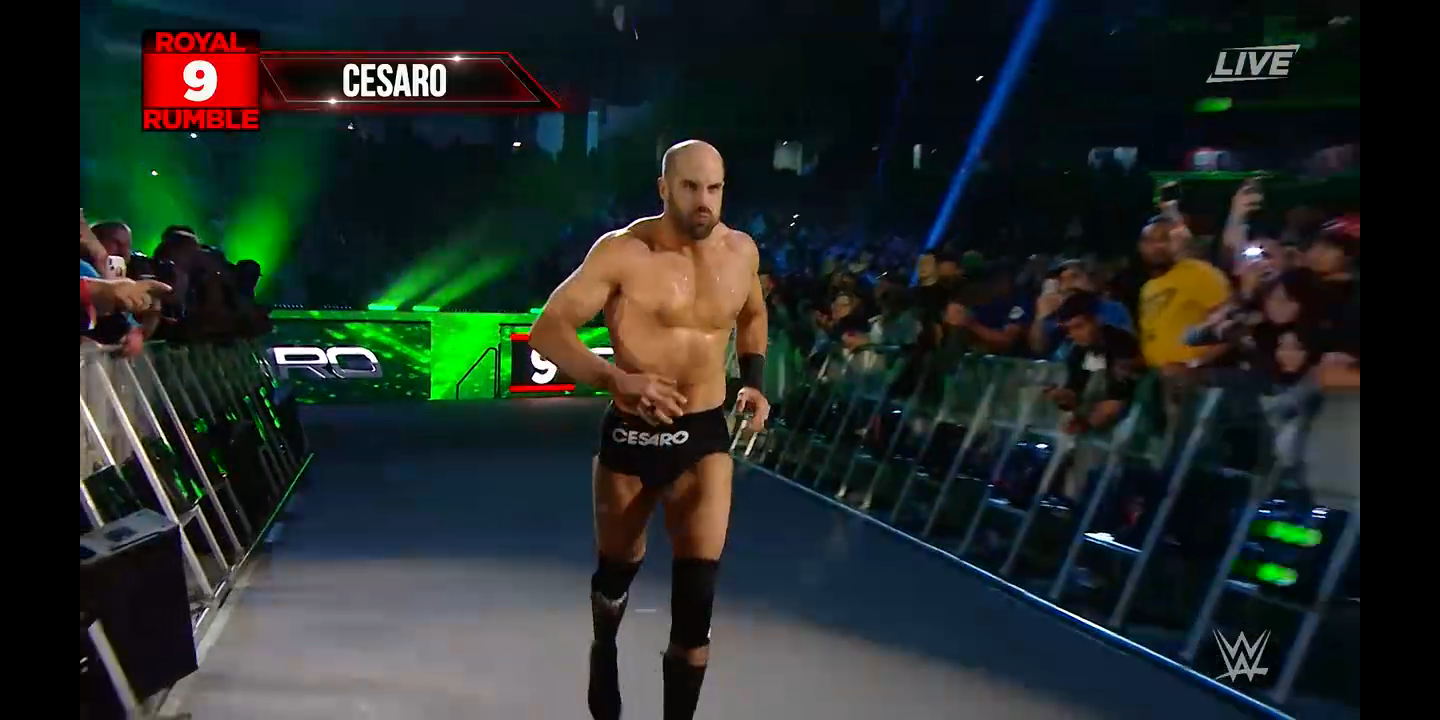 Cesaro is next in the line of wrestlers fed to Brock Lesnar. He entered the ring at number 9 and started throwing uppercuts until eventually the beast overpowered him and eliminated him 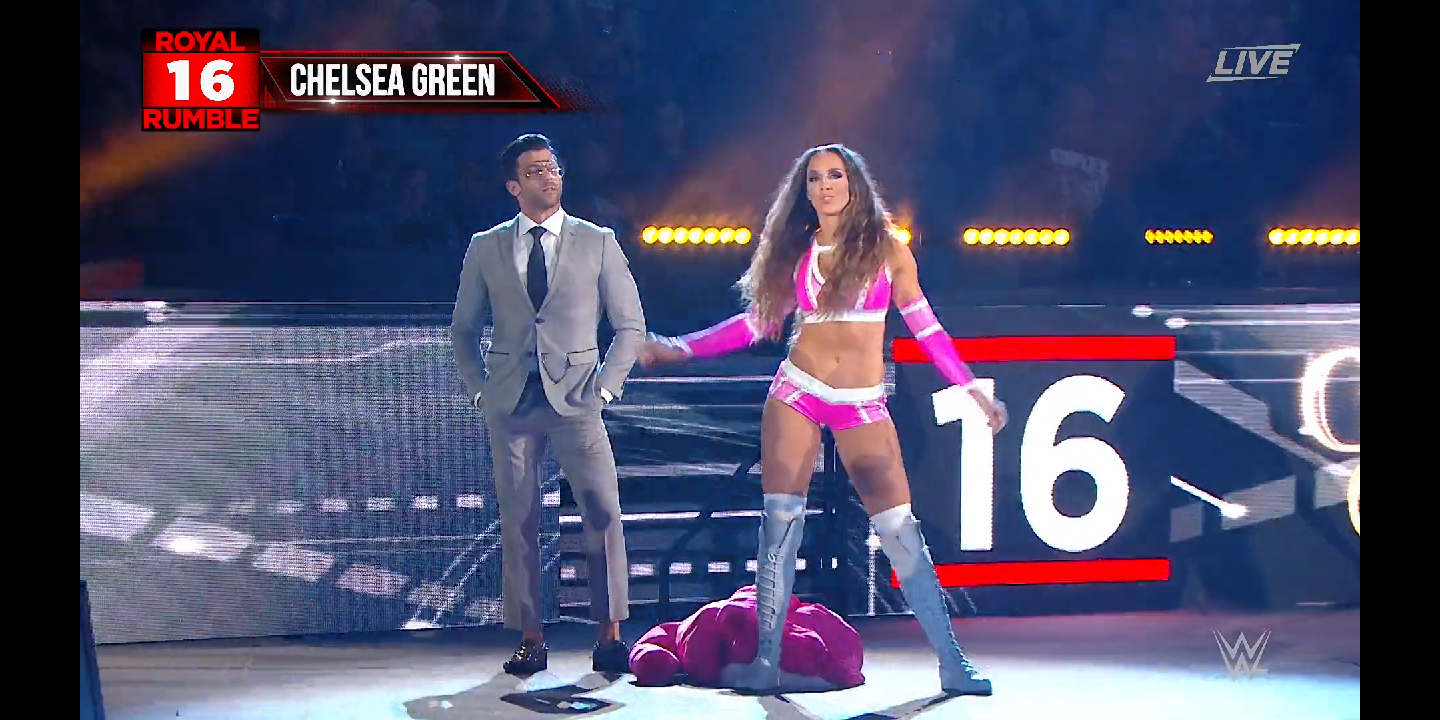 Chelsea Green made a surprise appearance at number 16 in the rumble but unfortunately she picked up the least time spent in the women’s Rumble this year. That being said she did manage to eliminate Dakota Kai before being thrown out by Alexa Bliss. 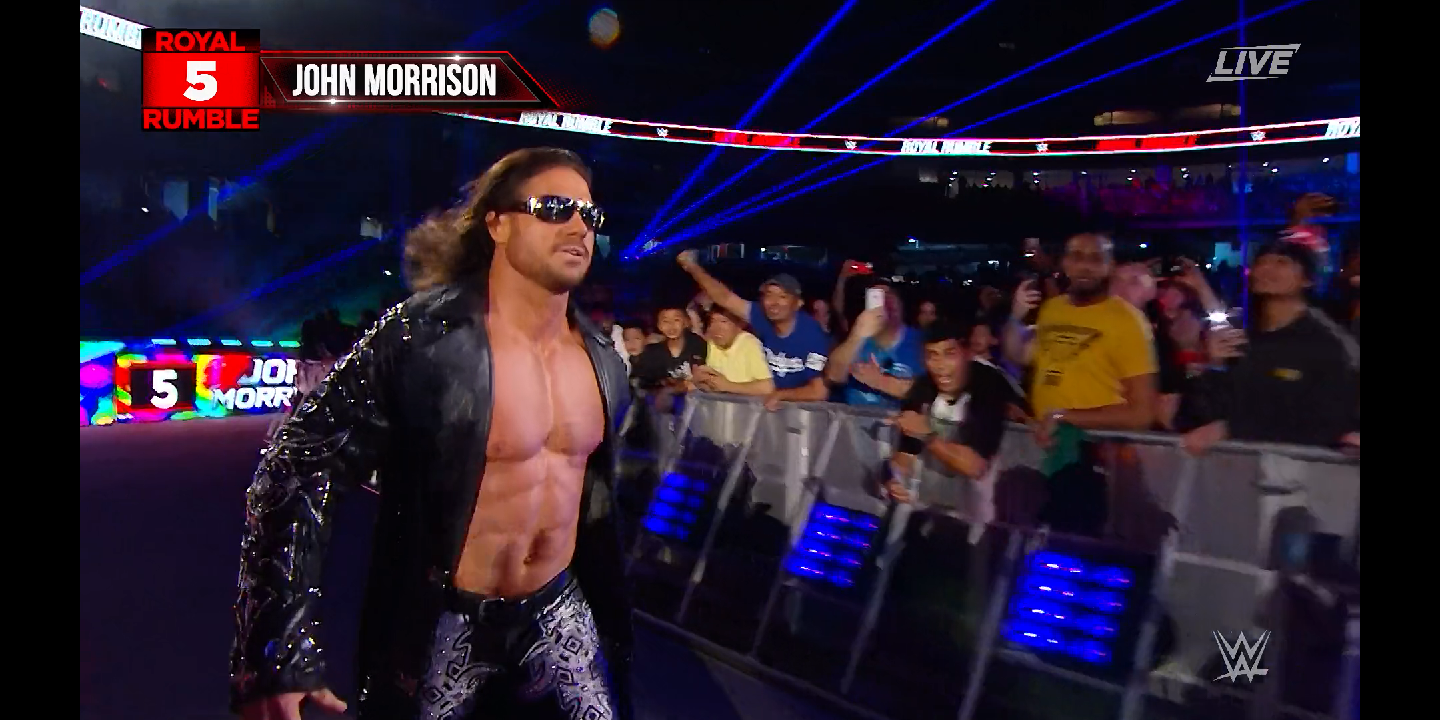 Just avoiding the bottom space on our list is John Morrison. It makes us happier that he returned earlier so that this wasn’t a complete surprise. Morrison entered at number 5 before taking a boot to the stomach and being belly to belly suplexed out if the ring. 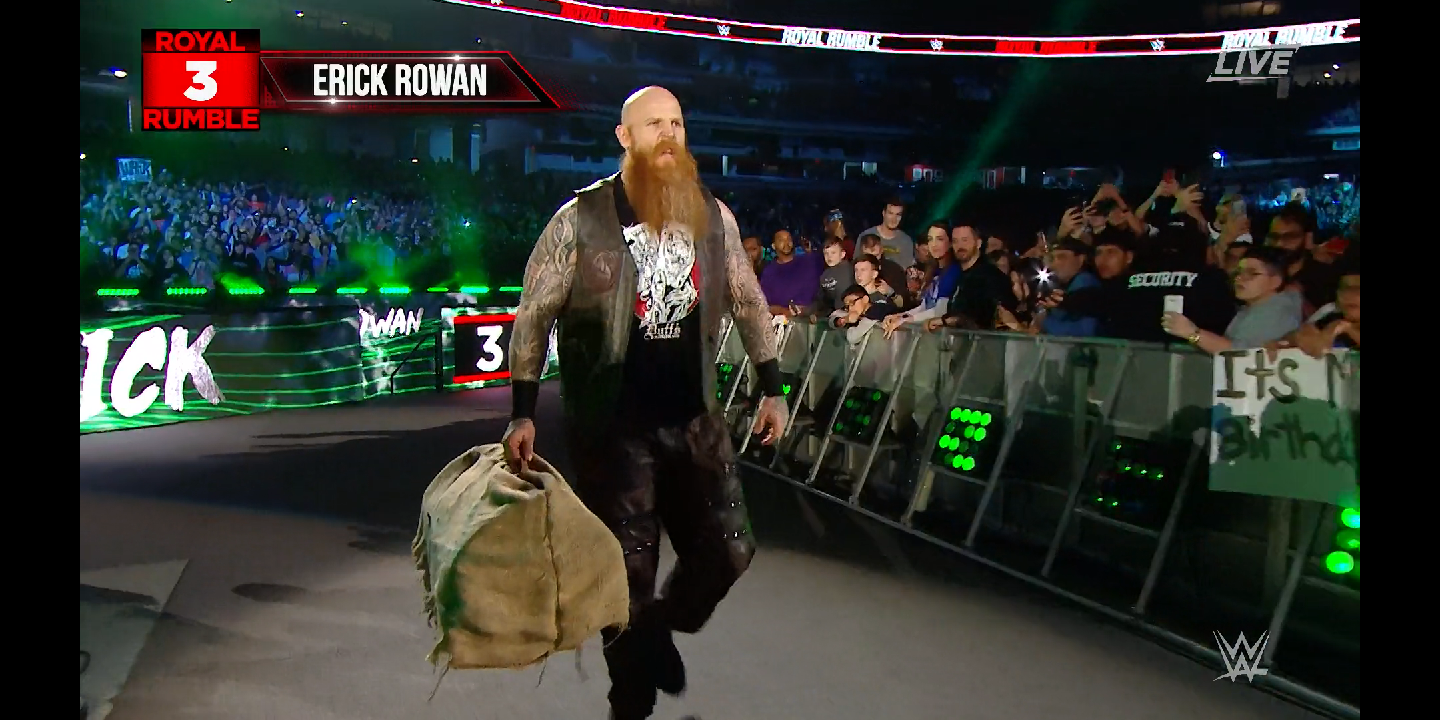 Erick Rowan takes the spot of least time in either rumble. He entered at number 3 and managed to break free of a German Suplex before taking a clothesline over the top rope.

And those are all the wrestlers who didn’t last a full minute in the Rumble matches this year. Anyone you’re surprised to find on this list? Anyone you think shouldn’t be here? Let us know in the comments.