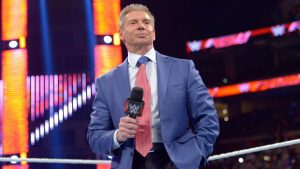 The fact that Vince McMahon is still working his hectic schedule at the age of 74 is pretty impressive. He has done so much with the company over the past few decades and has left us with so many memories of moments we both love and hate.

There will, at some point in the near future, come a time when he will no longer be able to run WWE due to either retiring or…well let’s not go there.

When the day eventually comes that someone else needs to take the reins, who does WWE have in mind as a replacement? Most people would assume that Triple H, Mr McMahons son would take over. After all he has had many successes in WWE management roles since retiring from in ring action. You just have to look at the success of NXT to see that Triple H would be more than capable to take over. 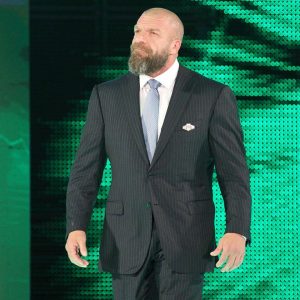 Triple H is “certainly the favourite” to take the job, however it is not a complete certain according to Wrestling Observer Radio.

It will likely depend what the situation is when Vince does eventually stop running the company, and whether Triple H even wants the job. It’s not exactly a stress-free role.

It was recently reported that WWE did not have a plan for who would take over if Vince were to step down or die, and it is not clear whether that situation has changed. This came following the releases of both former co-presidents George Barrios and Michelle Wilson.