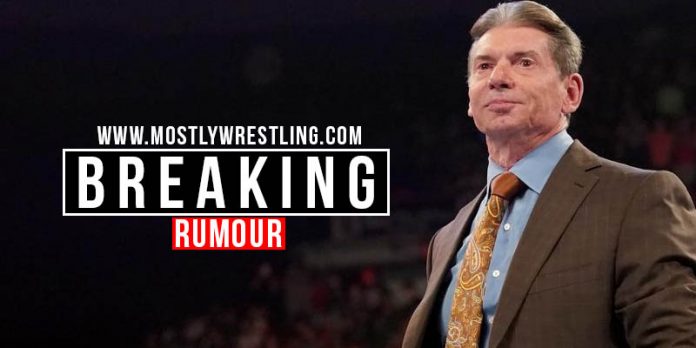 It’s been an extremely difficult time for Vince McMahon and anyone affiliated with the company of late, but it continues to get worse as he and WWE have been hit with yet another lawsuit.

The third and latest lawsuit is very similar to the first lawsuit- filed last month on behalf of the purchasers of WWE Class A common stock during the period between February 7, 2019 and February 5, 2020 – alleges “violations of the Securities Exchange Act of 1934 by WWE and certain of its senior executives”. See here for more details.

“The Company’s most senior executives and directors took advantage of WWE’s inflated stock price to sell millions of dollars’ worth of their own WWE shares during this time period. In a single stock sale on March 27, 2019, WWE’s Chief Executive Officer (“CEO”) and Chairman of the Board, Defendant V. McMahon, sold more than 3.2 million WWE shares for over $261 million in proceeds. This sale occurred when there were only a few days left in the Company’s 2019 first quarter which insiders knew was experiencing poor financial performance and despite growing behind-the-scenes problems with the Saudis.”

“WWE held the Crown Jewel live event in Riyadh, Saudi Arabia. After the event ended, shocking news reports surfaced claiming that the Saudi government was effectively holding a number of WWE wrestlers “hostage” in retaliation for McMahon’s decision to delay a live broadcast of Crown Jewel until the Saudis made tens of millions of dollars in past due payments. Estimates for the amount outstanding ranged from $60 million to as much as $500 million. Several wrestlers detailed their experience during the ordeal on social media platforms”

Alongside this Vince McMahon being sued by the former XFL commissioner for wrongful termination. It seems the lawsuits are piling up for Vince and the whole WWE Company.

Taking all of Vince McMahon and WWE’s lawsuits against them into consideration It is understanding why it was reported last week that Vince McMahon had gone into “F*** it” mode.

What that means in the long term is still unclear but now a very interesting rumour has come out. Dutch Mantell (A.K.A. Zeb Colter) has posted a tweet saying he heard out of WWE that a deal is being negotiated to sell the company and the WWE Network to ESPN and Fox.

Until this is reported as actual fact by someone affiliated with the company, this should be regarded as a rumour. That being said if there’s any truth behind this then Vince may look to be desperately selling.

HUGE NEWS: Any truth to this. Overheard directly out of @WWE Stamford is that a deal is being negotiated to sell WWE & the network to @ESPN and @FOX by as early as Mid May. @mattkoonmusic

Dutch Mantell has worked in pro wrestling since 1972 in many different roles. Most current fans would likely best remember him as Zeb Colter, Jack Swagger’s racially charged manager in 2013.

As mentioned it is all speculation at the moment however if it was true, it would be very difficult to see how the company would be sold to two separate entities

SmackDown is currently airing on Fox so there is that connection and ESPN had interest in securing one of Raw or SmackDown when the new television contracts were negotiated in 2018. Considering Raw is still set to be on the USA Network, there are definitely a lot of questions that would need answering if this happened.

Vince McMahon has also reportedly been in a very bad mood as of late. The combination of the XFL folding, WrestleMania not going as planned, and the general pandemic, has led to a very cranky Vince. Put this together with now three lawsuits against him, he may take a massive step to remove himself from WWE.

We may be looking too much into this but if these rumours of selling are anywhere near true then we cant be too far away from the mark.