Tony Khan, AEW’s President & CEO took to Twitter today to reveal that WWE Hall of Famer Hulk Hogan and his Ex-Wife Linda Hogan are banned from all AEW Events. 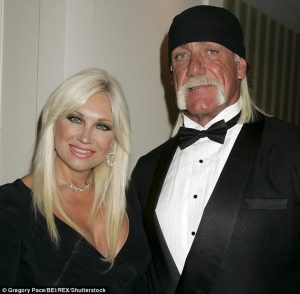 Hogan appears to have gained his ban from Khan from his racist comments he made a few years back. Khan revealed that Hogan was banned when responding to Linda Hogan’s insensitive comments on the rioting and looting going on around the country amid the protests for the victim of police brutality George Floyd.

You’ve now joined your husband in being banned from all AEW shows. Congratulations.

Linda’s Tweet was originally posted on Saturday and Khan just responded today. As of this writing, Hulk and Linda have yet to respond to Khan’s reply.

Hulk Hogan was recently re-inducted to WWE’s Hall of Fame after being removed for his racist comments. The action by AEW has proven that the company truly have a no-tolerance approach to immoral remarks. Just this week they also removed an Indie wrestlers match from tonight’s episode of AEW Dark. Clutch Adams had his match up with Shawn Spears scrapped due to historical racist and homophobic posts on Twitter.

AEW has proven in recent days that it has a no-tolerance approach to discriminatory remarks, also removing Clutch Adams’ match from tonight’s episode of AEW Dark after a number of racist and homophobic tweets from his past surfaced.