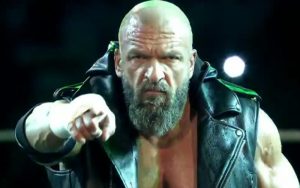 Triple H was completely surprised by the video in which The Rock said it had been an honour to know the man and an honour to evolve as a wrestler through the 1990s with ‘The Game’. HHH could not hide his pride while smiling through the entire video. He was especially happy when the rock mentioned that he deserved praise for his hard work behind the scenes at WWE also.

The Rock sent in a special video message congratulating Triple H on 25 years in WWE during this week’s episode of ‘The Bump’.

Specifically, The Rock pointed out that Hunter has done a lot to raise the profile of NXT as a brand and make it a valuable part of the WWE product. Then, just like that, the Hollywood vanished from the video.

Fans were excited to see the two legends on the screen, however most of the comments from the video are related to the massive beard that Triple H is sporting at the moment. He clearly has not groomed it since the start of the Coronavirus pandemic.

Hunter hasn’t really been appearing much on TV during these empty arena shows anyway, so he obviously thought it’d be a nice time to experiment with letting the beard grow to its full potential